Bigg Boss 10: Except for Manu, the other contestants were asked to evaluate their performance in the show 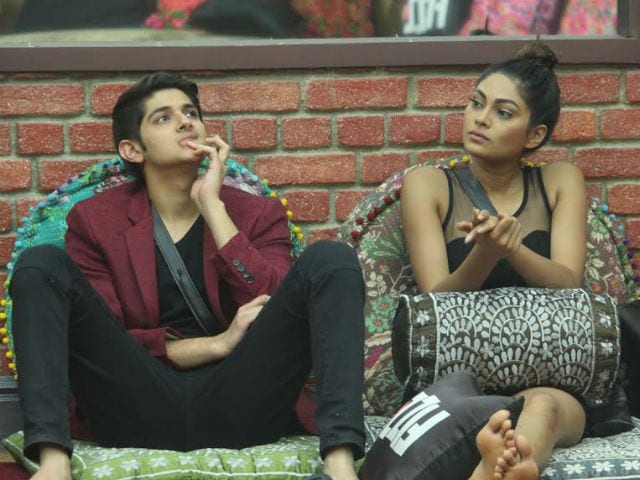 Bigg Boss 10: Rohan and Lopamudra in a still from the show

After entering into the finale week of the show, the housemates woke up to the song Baazigar O Baazigar, dropping major hints about the new challenge. Early in the morning, Lopamudra was having a conversation with Rohan, Manu and Manveer, where she said that that Bani doesn't stand a chance to win the title. Meanwhile, Manu and Manveer poked fun at Rohan and claimed that will get evicted during the mid-week eviction. Later in the day, Bigg Boss asked Manveer, Lopamudra, Bani and Rohan to gather the finale room. As they entered the room, they were asked to evaluate their performance on the show so far and then unanimously decide on which contestant will get eliminated from the grand finale run and in what particular order. The person whose name was taken first will leave the room right away.

Manu was asked to stay back until further instructions. Bigg Boss then informed Manu that he would have to guess about which contestant would leave the room first. If Manu's estimation is correct, the prize money would increase to Rs 50 lakhs.
Manu took Bani's name first. At the same time, Rohan and Lopamudra said that Bani doesn't deserve to stay in the finale and hence she should leave first. Bani got agitated and said that Lopamurda and Rohan have also been unsuccessful in completing tasks and therefore she thinks either of them should leave. On the other hand, Manveer took Lopamudra's name. After a heated discussion, Bani left the room. Further, Bigg Boss congratulated Manu for making the right estimate and added Rs 1 lakh rupees to the final prize money. Bani then joined Manu in the game.


.@bani_j cries after @rohan4747 & @lopa9999 make a lot of accusations on her! Do you think her reactions are justified? #BB10GrandFinalepic.twitter.com/eDJ5lQjtHc