Bigg Boss 10: BB Dhaba task will be introduced tonight. The house will be divided into two teams, where in they have to cook some delicious food 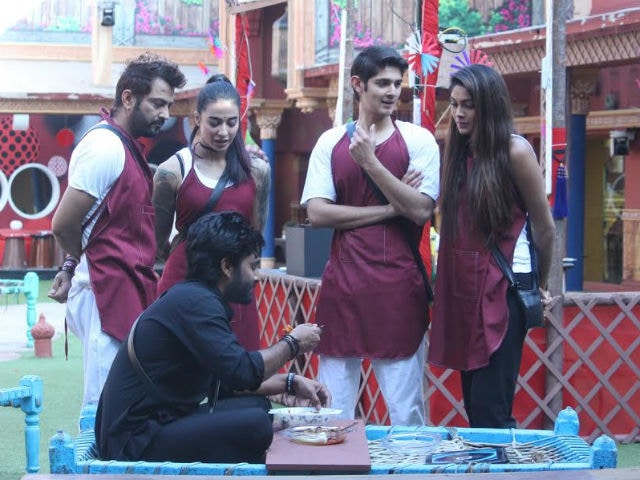 Bigg Boss 10: Manveer will be made the sanchalak of the task

The Day 100 of Bigg Boss 10 will begin with Manu getting emotional about how he is going to miss staying in show after the finale. Manu, Manveer and Bani get together as a gang and make fun of Lopamudra and Rohan. Meanwhile, Bigg Boss will introduce the 'BB Dhaba task' wherein the housemates will be divided into two teams- Lopamudra- Rohan and Manu-Bani. Both the teams have to cook some delicious food in a time frame. Manveer will be made the sanchalak and the owner of the dhaba.The housemates will be asked to dress up like dhaba chefs. They can pick up all the required ingredients from the store room every time they get an order.


Arguments, fights and a lot of drama! Take a look at what is cooking in the BB Dhaba! #BB10GrandFinalepic.twitter.com/qjdWMDyx6h

Both the teams will have to get Manveer to taste their dishes. He will further decide whether to accept or reject the dish. However, the final decision lies with Bigg Boss.
In the first round, the contestants will be asked to prepare a Chinese dish. During the first round, Lopamudra, who fails to collect the ingredient requests Manu to share sauces with her but Manu denies.


Chef @lopa9999 & Chef @bani_j fight over kitchen ingredients in the Dhaaba task! Will this brew another war between them? #BB10GrandFinalepic.twitter.com/3hXV9F69w7

As the task end buzzer rings, both the teams will display their food items in front of Manveer, who declares Manu and Bani as the winners.
Up next, Bigg boss will ask the teams to prepare an Italian dish. While collecting the ingredients, Lopamudra will forget to pick the pasta packets. However, she blames Bani for doing it. Furthermore, Manveer and Rohan will also get into an argument and lash out at each other. In the evening, popular celebrity chef Zorawar Kalra will enter the house.