Bigg Boss 10: In an attempt to become the next captain, Swami Om will throw his pee on Bani and Rohan 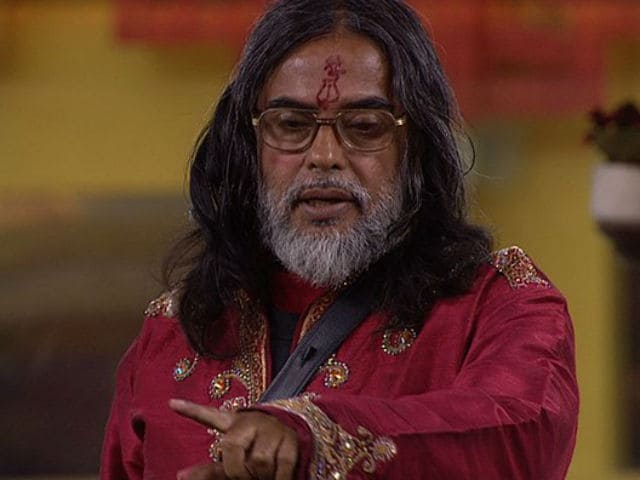 Bigg Boss 10: Swami Om will fight against Bani for captaincy

The captaincy task between Bani J and Swami Om will take place on Day 81 of Bigg Boss 10. In an attempt to become the new captain of the house, the controversial self-styled godman will today try to convince the housemates to vote for him. Last night, he had appealed to Manu and Manveer to support him. He will also approach his competition Bani and reminds her that they share a baap-beti relationship. However, Bani decides to ignore him. Meanwhile, Manveer tries to frighten Swami Om and tells him that he will check all his bags to seize all the unnecessary things he has kept.
Later, Bigg Boss will announce the captaincy task wherein Bani and Om Swami compete against each other. Manveer will be made the ?sanchalak?. For the task, two pyramids of miniature blocks with Bani and Om Swami?s pictures will be placed and the contestants will have an option to destroy the pyramid of the contender they do not wish to support while Bani and Swami Om will have to protect their pyramids. At the end, whoever will be left with a maximum number of blocks standing in a shape of a pyramid will be the winner.


And the task for captaincy starts between @bani_j & #OmSwami! Whose pyramid do you think will fall to pieces? Tune in to know! #BB10pic.twitter.com/na2QxrzWLh

Rohan and Nitibha decide to support Bani while Manu, Monalisa and Lopamudra decide to destroy the pyramids of both the contenders.
Soon as the task will start, housemates will target Swami Om. Agitated by this, Swami Om will decide not to participate in the task. Meanwhile, Rohan will have a massive fight with the others including Lopamudra for supporting Bani.
Manu asks Swami Om to play the task seriously. Soon Bigg Boss will announce that the task will end in sometime. Desperate to become the next captain, Swami Om will throw his pee on Bani and Rohan.


#OmSwami's horrid act with @rohan4747 & @bani_j shocks everyone to the core, forcing them to lock him up in jail! #BB10pic.twitter.com/6Ul1HeFHpf