Bigg Boss 10: Manu Punjabi made a sudden exit from the show reportedly after the death of his mother 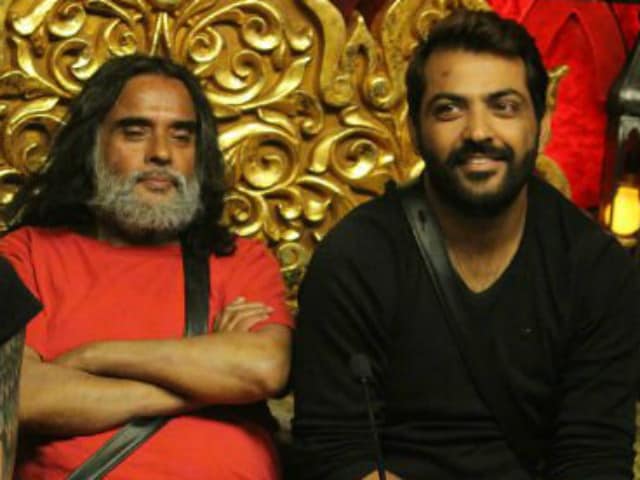 In a sudden turn of events Bigg Boss 10 contestants Manu Punjabi and Swami Om were made to leave the house, reported Indian Express. Bigg Boss contestant Manu Punjabi was asked to leave the sets of the reality show after his mother's death. However, the reason was not revealed to him at the time of his exit. Bigg Boss did not inform the reason of Manu's sudden exit to the other contestants as well, reported Indian Express. Manu Punjabi started trending on Twitter on Saturday with tweets pouring in in is favour and stating that he will be missed on the show. However, Manu Punjabi is not eliminated from the show as part of the elimination process. Bigg Boss 10 has also not shared any update about Manu's return to the show so far.
Manu Punjabi and Manveer Gurjar are close pals on the show. Manu is regarded as one of the strongest contenders of Bigg Boss 10. On the show, Manu was part of Team Indiawale (non celebs).
In a similar situation, ex-Bigg Boss contestant Keith Sequeira exit the show last year duo to his brother's death. Keith returned on the show after a gap of 13 days.
In the Weekend Ka Vaar episodes (which were shot earlier), Manu will interact with her fiancee in front of the contestants. Manu and his fiancee will have a confrontation about his rapport with Monalisa Raut. Meanwhile, Monalisa's boyfriend will also make an appearance to highlight that Monalisa's intimacy with Manu is discomforting.
Meanwhile, Swami Om also reportedly made an exit from Bigg Boss 10. Swami Om is currently in the midst of a criminal case - he is accused in a case of theft by his brother Pramodh Jha. A non-bailable warrant was issued against the self-styled godman on November 24 after he failed to appear at court hearing in connection with the case. The court instructed Swami Om to attend the court hearing on December 3. Chief Metropolitan Magistrate (CMM) Satish Kumar Arora, who issued the arrest warrant against Swami Om, told news agency PTI: "Despite repeated calls, the accused has failed to turn up. Perusal of the file reflects that vide order dated October 14, 2016, as the accused remained absent, NBWs were directed to be issued against the accused for November 8, 2016."
The self-styled godman is accused of breaking into his brother's shop in New Delhi's Lodhi Colony along with three men and stealing bicycles and spare parts. Swami Om also faces charges under the Arms Act, Terrorist and Disruptive Activities (Prevention) Act in other matters.
Currently, there are Rahul Dev, Gaurav Chopra, Lopamudra Raut, Rohan Mehra, Monalisa and VJ Bani as part of Team Celebs in the Bigg Boss house. Manu Punjabi, Manveer Gurjar, Nitibha Kaul and Swami Om make team Indiawale. The wild card contestants include international supermodel Jason Shah, Russian model-actor Elena Kazan, Indian actor Sahil Anand and Priyanka Jagga, who was the first contestant to be evicted.