Bigg Boss 10: Monalisa and Vikrant's wedding rituals will begin with a haldi ceremony 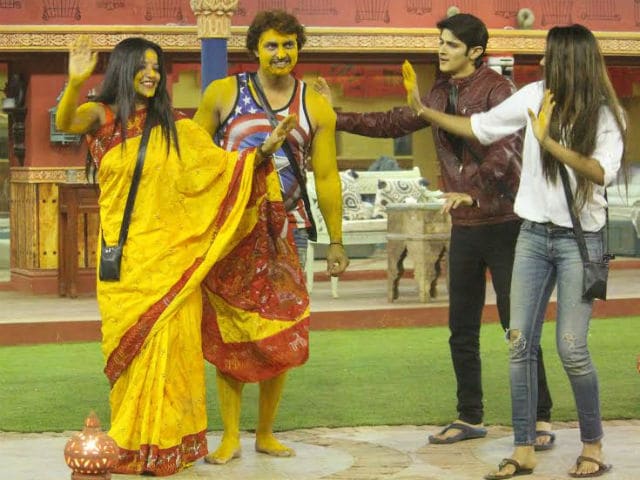 Bigg Boss 10: Monalisa and Vikrant's wedding will be announced tonight

There's a bigg fat wedding coming up on reality show Bigg Boss 10 - we have no idea if it's for real or reel but contestant Monalisa is apparently going to marry her boyfriend Vikrant Singh Rajput on the show. This is not a drill. This grand moment has apparently been prompted by Vikrant's concern that Monalisa and housemate Manu Punjabi were getting too close for his comfort. And so, with the apparent collusion of Bigg Boss, a shaadi will take place, beginning with a haldi ceremony on tonight's episode. If this sounds unlikely, we have pictures as proof - of Monalisa dressed in yellow, smeared with haldi, dancing with Lopamudra Raut, Bani, Manu, Rohan Mehra and Manveer Gurjar. Believe this. Bigg Boss apparently provides the items required for the haldi ceremony, which is conducted by the 'ladkiwale' - Lopamudra, Rohan and Manu - and 'ladkewale' - Bani and Manveer. 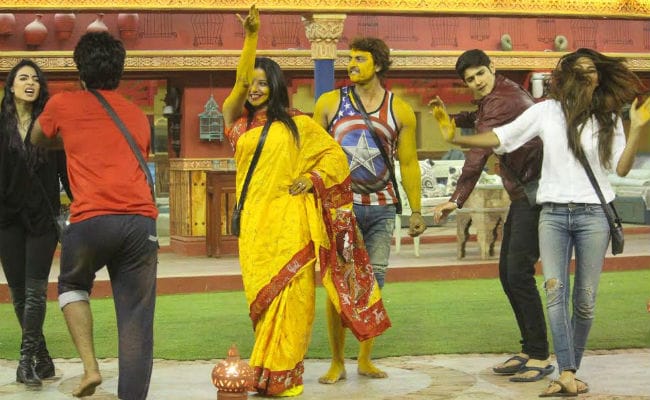 Bigg Boss 10: Monalisa dances with the other contestants during the haldi ceremony

Here's a glimpse of what to expect. You'll have a ringside seat:


.@MonalisaAntara turns into a beautiful bride as #BiggBoss takes the responsibility of her wedding with #VikrantSinghRajpoot! #BB10#videopic.twitter.com/bvVHp688xM

Vikrant Singh Rajput has been specially allowed into the Bigg Boss house to propose to Monalisa. In the Bigg Boss format, the housemates are secluded, cut off from their family, friends and any outside contact. The only reality they are allowed is the one they create for themselves in the Bigg Boss house. Presumably, this shaadi is merely for the benefit of the cameras because the alternative - that any two people would choose to get married on national television - is too awful to contemplate. But, of course, stranger things have been known to happen - for eg, former Bigg Boss contestants Rahul Mahajan and Dimpy Ganguly met and married on a 'swayamvar' show (they later divorced).
So, folks, popcorn at the ready.