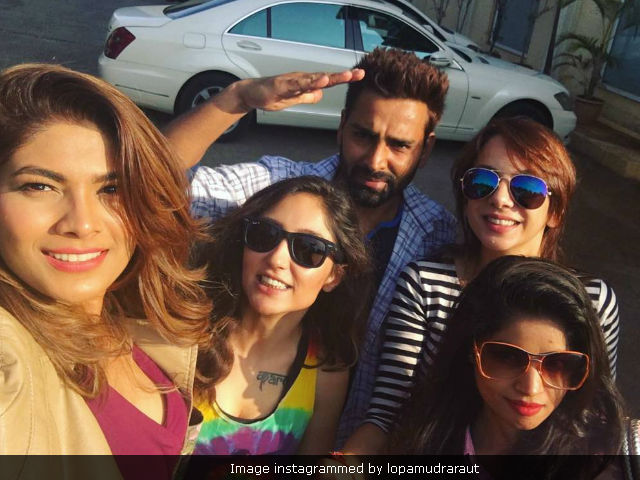 Bigg Boss 10 aired its last episode on television on January 29. The show's participants along with winner Manveer Gurjar carried forward the Bigg Boss hangover at an after party cum get-together (of sorts). Lopamudra (the second runner-up), Nitibha Kaul, Karan Mehra, Rahul Dev, Rohan Mehra and Monalisa met again and they sure had a gala time. The show's host Salman Khan featured in one the post-finale pictures with Monalisa and her husband Vikrant. The pictures they shared from the reunion are now viral. The contestants sometime fought and sometimes supported each other inside Bigg Boss' house and now they are creating Bigg Boss 10 nostalgia on Instagram.
Here are snippets from the mega Bigg Boss 10 reunion:

But Bigg Boss 10 participants were not in full attendance. Bani J, Gaurav Chopra, Navin Prakash and many others were MIA. Swami Om and Priyanka Jagga, least favourite on the show, we assume were not invited.
Bigg Boss 10 ended with Salman Khan declaring Manveer Gurjar (from team Indiawale, non-celebs) as the winner. Bani J, who skipped the reunion, was the first runner-up while Lopamudra came third. Manveer won a whopping Rs 40 lakh as prize money and donated half of his winning to Salman Khan's Being Human foundation.
Meanwhile, a couple of days after Manveer won the reality show, there were reports suggesting that he is married. An Instagram user shared a video which showed a man, who bears uncanny resemblance to Manveer, dressed as groom in a baaraat procession.
Bigg Boss works on the format of UK based-show Celebrity Big Brother. This time, however, Bigg Boss opened the gates of his house to non-celebrities too.