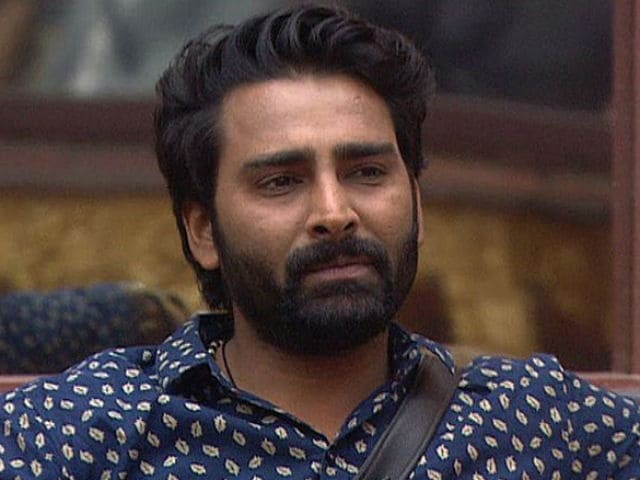 Bigg Boss 10 winner Manveer Gurjar has confirmed that he is married. In a video posted on Instagram from an unverified account purporting to be Manveer's claim that he got married, however, he got separated from his wife within five to six months of marriage. He said, "I got married in 2014 under family pressure and I was blackmailed emotionally. However, we got separated within four to five months of marriage." The 29-year-old Noida man also said that he did not bring his marriage on the forefront as his 'terms with his wife are not good'. "After the marriage, our relation was initially good, but, after for five to six months, my wife left me, precisely we parted ways," he said.
See the video here:

A couple of days after Manveer won Bigg Boss 10, a video of him as a groom surfaced the Internet and went viral. The video was posted on Instagram by an unverified account with the handle name hemantbhati9.
Here's Manveer's viral wedding video:

During his stint in the Bigg Boss house, Manveer had revealed that revealed that he left home because his parents wanted him to get married. Speaking about his stay in the house, Manveer said in the video, "My Bigg Boss journey had nothing to do with this. I never planned to project myself in any particular manner."
On Friday, in an interview to hindustantimes.com, Manveer's father said that he got married three years ago and also has a young daughter. "Yes Manveer is married. It happened three years ago, though Manveer wasn't ready for it. But after one-and-half-years, Manveer and his wife started having certain problems. You know like the way it happens between husband and wife. I don't know what, only Manveer can talk about it. But yes my daughter-in-law and their one-and-a-half-year-old daughter live with us."
Manveer, who was linked to his fellow Bigg Boss contestant Nitibha Kaul says, "Hiding my marriage was not a part of my strategy during my stay. I only played with my heart and never used any relationship with any of my friends."
Manveer Gurjar entered the show, hosted by Salman Khan as part of non-celebrity Team Indiawale. He made it through 105 days on Bigg Boss 10. He received Rs 40 lakh as prize money, but, news agency PTI reported that Manveer donated fifty per cent of the amount to Salman's Being Human charity foundation.