Bigg Boss 10 Winner Manveer Gurjar said: "I am overwhelmed with the love and support that I have got from the people of our country" 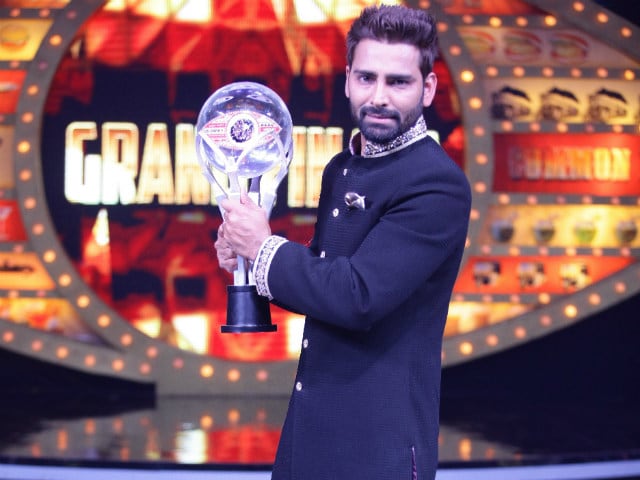 Bigg Boss 10 was wrapped on Sunday with Manveer Gurjar winning the tenth season of the controversial reality show. Manveer Gurjar, who entered the show as part of Team Indiawale, comprising non-celeb contestants, said that he wants to work with actress Shraddha Kapoor when he makes his debut in Bollywood, reported news agency IANS. Manveer also said that he is "overwhelmed" with the sort of response received from the viewers of Bigg Boss 10. Manveer, who is based out of Noida, also said that he is "yet to" decide his upcoming projects, reported IANS. Manveer left behind celebrity contestants Lopamudra Raut and Bani J in the grand finale to become the winner of Bigg Boss 10.
When asked about his future plans, Manveer told IANS: "I am overwhelmed with the love and support that I have got from the people of our country. Therefore, I am yet to make my plan. Having said that, I want to act in Hindi films and would like to act opposite Shraddha Kapoor for my debut film."
Manveer mentioned that ahead of deciding his future projects, he wants to review his performance on Bigg Boss 10, reported news agency PTI. Manveer, who is in no hurry to zero in on his future projects, told PTI: "I'll first watch all the episodes, see what I was good at. I will pick those qualities which people have liked and then decide what to do next. I spoke to Bani, she said she went to Khatron Ke Khiladi but couldn't do the tasks properly. I don't want that to happen with me. Whatever good opportunity I'll get, I'll grab them and move ahead. But I don't want to do things for the sake of it."
Manveer also shared his experience of being part of Bigg Boss 10 and opened up about his bond with ex-contestant Manu Punjabi. "My journey inside the house was not at all easy and within three weeks I felt like giving up. But Manu (Punjabi) and I bonded over many things very well. We supported each other and that made the journey easy for both of us. Our bonding, undoubtedly, was a strength for me," said Manveer, reported IANS.
"I even told Salman Khan that his (Manu's) support was a contribution to my survival," he added.
Manveer Gurjar, who survived in Bigg Boss 10 for 105 days, also revealed how his experience on the show has influenced his character. Talking to IANS, he said: "I think now I can handle any difficult situation and deal with anyone."
Manveer, who received Rs 40 lakh as prize money, pledged to donate fifty per cent of the amount to host Salman Khan's Being Human charity foundation, reported PTI. "My father had come to meet me inside the house. There are a lot of things which people can't get. Inside the house we also got some gifts from 'Being Human' through Salman. So, we thought what better a stage to do this. It was my father's decision. This is my first salary in a way which I've earned. Money can come and go but this feels good," he told PTI.
Bigg Boss 10, which was hosted by Salman Khan, aired its last episode on January 29. Bigg Boss 10 kicked off last year with the first episode being aired on October 16.
(With IANS and PTI inputs)