Bigg Boss 9: Sana Saeed is Out, Mahi Vij May or May Not be in 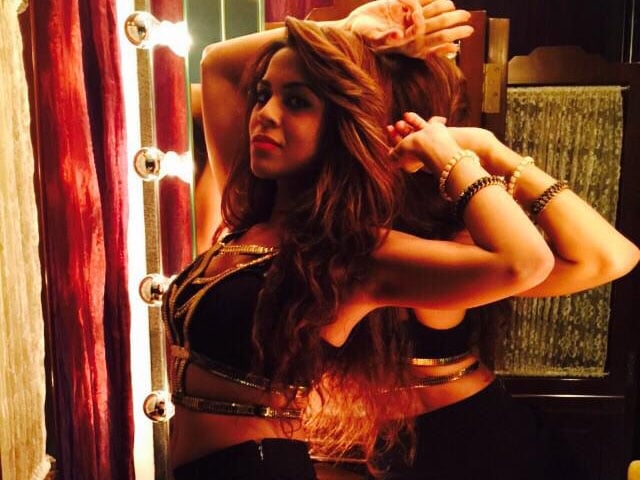 This image was posted on Twitter by Sana Saeed

Mahi Vij, Roopal Tyagi, Ankit Gera and Rashmi Desai are a few of the small screen celebs, which dominate the list of probable contestants for the ninth season of Bigg Boss. Kuch kuch Hota Hai's Sana Saeed said, "They had approached me for the show but I have not taken it up as I have other commitments"

Mahi Vij, Roopal Tyagi, Ankit Gera and Rashmi Desai are a few of the small screen celebs which dominate the list of probable contestants for the upcoming ninth season of popular reality show Bigg Boss.
The ninth season, which will be hosted by superstar Salman Khan, will go on air from October 11.
Mayur Verma, Jay Bhanushali and Mohit Malhotra are also being discussed as likely celebrity contestants.
"Every year I am approached and this year too (I was approached), but nothing (is) confirmed. Let's see," Ankit told PTI. Roopal, his co-star on the show Sapne Suhane Ladakpan Ke said, "I can't comment. I can't talk about it at the moment." (Also Read: Mika Singh Wants to be on Bigg Boss 9. But is he Invited?)
Laagi Tujse Lagan actress Mahi chose to play safe and said, "I can't say anything right now."
Meanwhile, actress Sana Saeed, who played the role Shah Rukh Khan's daughter in 1998 film Kuch Kuch Hota Hai, said, "They had approached me for the show but I have not taken it up as I have other commitments."
According to sources, the channel is keen on having Sana on the show, which in the past editions has generated a lot of controversies. (Also Read: Salman Khan Lets You Into the Secrets of Bigg Boss 9)
"I have not been approached for the show yet," said Radhika, who plays the role of Ishani in Meri Aashiqui Tumse Hi.
Rashmi, of Uttaran fame, said she has not been approached yet either. "It's false news. (I have been) not approached yet." (Also Read: No Mia Khalifa Either. Dear Bigg Boss, Your Move)
This time, the show will have a concept of "Double Trouble", details of which are not out yet. But ex-couples might reportedly be a part of the programme. The official announcement of the contestants is yet to take place.
An Indian version of international reality show Bigg Brother, the programme has a number of celebrity contestants living in a house under constant surveillance of multiple cameras.