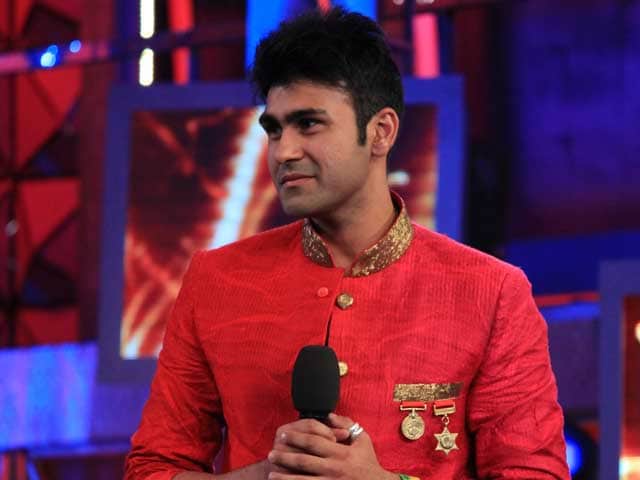 Arya was evicted from Bigg Boss on Sunday

Bollywood and Punjabi film actor Arya Babbar had several heated exchange with co-contestant Puneet Issar during his stint on Bigg Boss 8 and he accused the senior actor of playing dirty politics inside the house.

Besides the verbal fights, the 32-year-old actor also engaged in a physical tussle with Puneet, which resulted in the latter being punished and confined to a make-shift jail inside the Bigg Boss house.

"A distinctive characteristic of every person was highlighted on the show- sweet, self-obsessed, quarrelsome, dumb and hypocrite. Puneet Issar was obnoxious, cheap and dirty. He represents the dirt and murk of the society. He would call someone his son and daughter and then later talk bad behind their backs," Arya told PTI after his eviction from the show.

The actor, who is the son of actor-politician Raj Babbar and theatre personality Nadira Babbar, said that he tried his best to be respectful towards Puneet but the Mahabharat star thwarted his endeavours with his behaviour.

"I come from a background where I was taught to respect elders. I respected Puneet ji alot. Even when he attacked me so violently, I was nice to him. But he trashed Punjabi cinema which is like my mother.

"I owe a lot to Punjabi cinema and he has no right to rubbish it. That's why I lost my cool and could not reconcile with him again," he said. Arya, who has starred in films like Guru, Ready, Tees Maar Khan, also attributed Gautam Gulati's unpopularity amongst the housemates to his proximity with Puneet.

"I was friends with Gautam from day one but when Puneet ji entered the house in the second week, Gautam lost the plot. It is sad that Gautam got in touch with Puneet Issar. I wish he had not," he said.

Addressing the controversy with actress and former co-contestant Minissha Lamba, Arya said he was under a lot of pressure when he said that they dated before.

"We did get in touch before and I asked her about any romantic possibility in the house. It is quite normal for co-stars to do it for publicity before the release of a film.

"When she said she was not comfortable, I stepped back and never approached her again. All I would like to say is that the few things I said may have been an angry reaction to what Minnisha had said. But I did not lie about anything," Arya said.

When asked who he would like to win, the actor said he wants his friend, model-actor Upen Patel to win the show. "I want Upen to win. But he is very nice and sober so I think he will be evicted very soon."