Bigg Boss: Aarya Babbar Was Evicted Because He Wouldn't 'Abuse Women and Misbehave in Public' 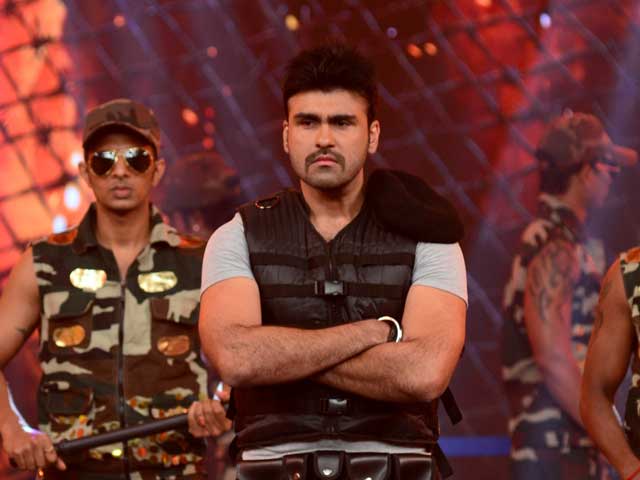 Aarya Babbar, who was evicted from Bigg Boss on Sunday, has come out with no hard feelings for anyone. Not even Puneet Issar, who at one point physically assaulted Aarya on the show.

"That, I've to admit, was a shock to me. Puneetji, who calls me son and whom I know from the time I was a child and whose feet I touched. Imagine this 60-year-old man behaving in this way!! He was like a father-figure. But he behaved like a snake in the grass in the 'Bigg Boss' house," Aarya said.

"It shook me up. Is this what some contestants do to get the votes on Bigg Boss?" wondered Aarya, and said he has already forgiven Puneet.

"He probably thinks bad content sells on the show. And for all we know, he may be right. I did get eliminated mid-way, right?

I guess it's because my parents didn't bring me up to abuse women and to misbehave with people in public places. Kya karein? It's not part of my nature to be. But no regrets! I've come out at just the right time. And all said and done, it's a fine show that teaches you to value your own space," said Aarya, his voice dipping and rising as he relived the whole experience of spending eight weeks inside the Bigg Boss house.

The other not-so-pleasant incident was the one where fellow-contestant Minissha Lamba went on camera to accuse Aarya of getting in touch with her before the reality show suggesting they form a pair on the show.

Aarya admitted Minissha and he were a couple during the shooting of a Punjabi film and he did suggest that they get together for the camera in Bigg Boss.

"There was nothing wrong with that. We were close friends during the making of a Punjabi film. And like many friendships between co-stars during a shooting, it ended after the film was completed. Nonetheless, I did approach her before we came into Bigg Boss. I was shocked to know how she spoke about me. It's best to not say much on this, and move on."

Aarya said he has come back from Bigg Boss a wiser man.

"The one lesson that I've learnt from the experience is: live your life honestly and generously. Because life is too short. I admit I was short-tempered earlier on. One gets frustrated and bitter when one's life and career don't go as planned. With time, I've learnt to curb my temper.

"Inside the Bigg Boss house, I am proud to say I remained restrained in spite of the utmost provocation. I was even manhandled.

Earlier, if someone raised a hand on me, he'd have probably ended up hand-less. Now I value my equilibrium. I know my family matters the most to me. I dote on my little nephew Imaan. My parents are so proud of the way I conducted myself in Bigg Boss. The day my parents have to be shamed by my conduct would be a really black day in my life," he said.

"Like I said to you, my main purpose of entering Bigg Boss was to get visibility for my book. My book releases in the first week of January. Bigg Boss was the platform I needed to draw attention to my book. I also came away from Bigg Boss with a life-long friend Upen Patel. He wept copiously when I left Bigg Boss. I cried too. If I've made one true friend during this experience, I think my stint in Bigg Boss was a success," he said.