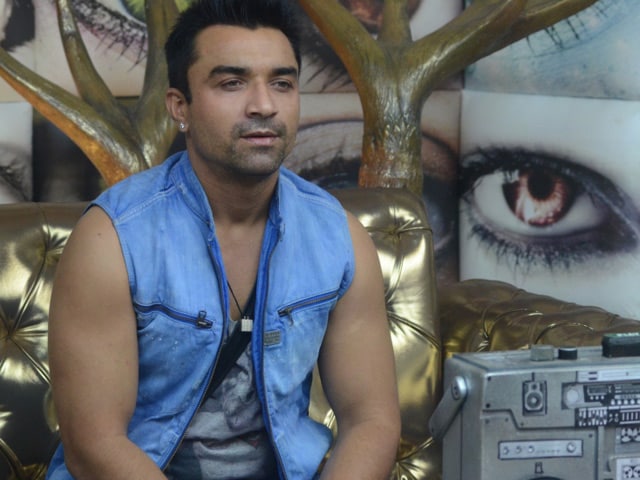 Ajaz Khan in a still from Bigg Boss Halla Bol.

Actor Ajaz Khan, who intended to spread positivity through the Bigg Boss house in the game's extended series, Bigg Boss Halla Bol, has been disqualified on the second day of the game.
Ajaz was disqualified for getting violent with Bigg Boss 8 champion, actor-singer Ali Quli Mirza.
The disqualification came as a shock to the other contestants. Nonetheless, Bigg Boss kept them all busy with tasks.
In a new task titled Yeh Tera Ghar, Yeh Mera Ghar, the champions (Gautam Gulati, Karishma Tanna, Pritam, Ali and Dimpy Mahajan) and the challengers (Sambhavna Seth, Sana Khan, Mehek Chahal and Rahul Mahajan) had to fight to lay claim to different areas of the house, starting with the garden. Both teams had to steal fruit from each other's trees set up in the garden to win the task. 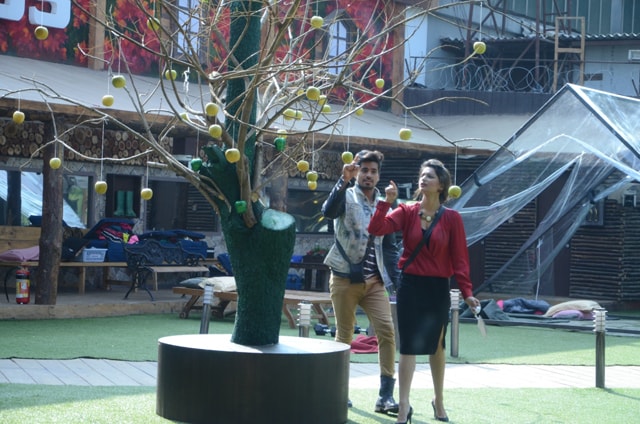 However, the champions had an edge over the challengers as they owned four of the five areas (garden, kitchen, living room, restroom and bedroom) at the start of the task. The garden was the only common area and until such time that they gained access to the other areas, the challengers could only use the other sections after getting approval from the champions.
Next, to gain control of the kitchen, both teams had to extract fruit juice using their feet and then drink it up.