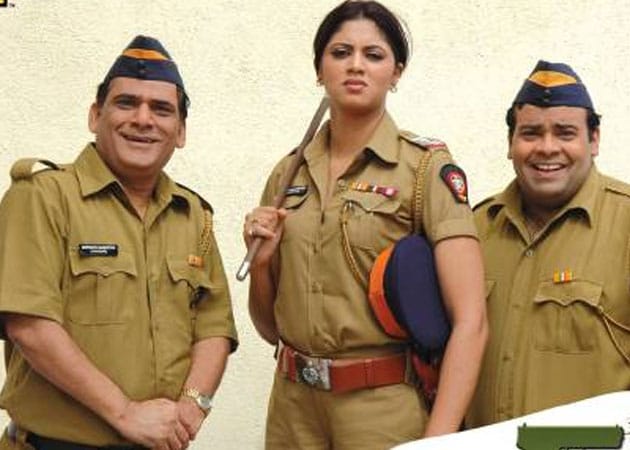 She has played Chandramukhi Chautala for seven years.

Kavita Kaushik has played the role of inspector Chandramukhi Chautala in comedy TV show FIR for so long that it not only started affecting her real personality.

Kavita Kaushik has played the role of inspector Chandramukhi Chautala in comedy TV show FIR for so long that it not only started affecting her real personality, she also had to shake up hard to get rid of it to don the colours of Maina for her new show Tota Weds Maina.
She has played Chandramukhi Chautala for seven years and says that she lived the character of Chandramukhi Chautala so long "it leaked into my real life, I almost became that character".
"When I was approached for this character (Maina), I told him (producer) I will have to erase Chandramukhi from Kavita and then take something else," the 31-year-old said here Monday at the launch of her new show.
Now, Kavita is happy to do something different on the screen.
Watch out for Maina and her scenes with her mother-in-law, she says and adds: "You will see such amazing emotions. I was dying to do various different emotions and sensitive scenes which I was not doing for so many years."
The best part is that she is being pampered on the sets of Tota Weds Maina, something which was amiss on FIR sets for obvious reasons.
"My producer has given me an army of make-up men, hair dressers and costumes... an army that I did not have for seven years. I used to go on the ('FIR') sets and used to get ready in 10 minutes - just put on the uniform and a bit of make-up, that's it. But now all the time there is someone decking me up with bangles, chunari, hair styling and all that. But I am enjoying this," Kavita said.
Tota Weds Maina stars Gaurav Gera opposite Kavita and it will go on air on January 14 on SAB TV in place of the comedy FIR at 10:30 p.m. Now, FIR will be shown at the weekends.