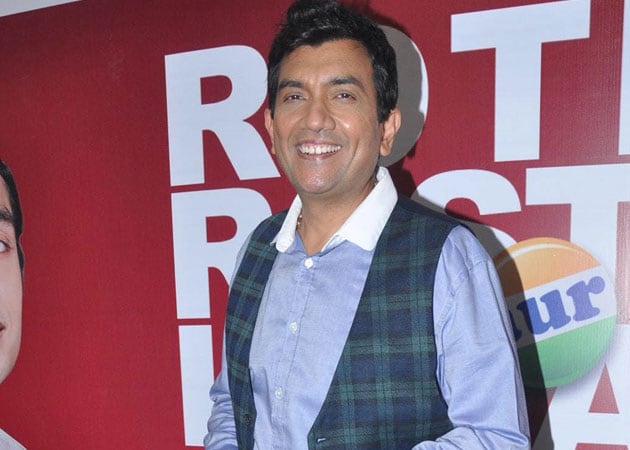 Sanjeev Kapoor will be seen in two films, Lunch Box and Super Nani.

After putting his dancing skills to test on a TV reality show, celebrity Chef Sanjeev Kapoor will be soon making his acting debut with two films Lunch Box and Super Nani.

After putting his dancing skills to test on a TV reality show, celebrity Chef Sanjeev Kapoor will be soon making his acting debut with two films Lunch Box and Super Nani. 'Lunch Box' is directed by Anurag Kashyap's protege Ritesh Batra and stars Irrfan Khan, Nawazuddin Siddique and Nimrat Kaur. It's a love story set in Mumbai between a young housewife and a middle aged man.
Reportedly, Kashyap has got foreign producers to collaborate on the project.
While Super Nani, based on women empowerment, shows how a grandson inspires his grandmother to do something worthwhile in life. Actress Rekha will be seen playing Sharman Joshi's grandma in the Indra Kumar-directed movie.
"By default or otherwise I have ended up in a Bollywood movie. Currently I have two movies on the floor -- Anurag Kashyap's Lunch Box and Inder Kumar's Super Naani. Both are very talented and respected directors from the industry. I will be playing a cameo," Kapoor told PTI.
"It is a small but pivotal role, which directly affects the character of the protagonist in the film. I play myself in both the films. For me the small screen and the big screen are both the same, as long as I get to do good work," he said.
Kapoor reveals he might even consider doing bigger roles in films and might produce films as well.
"If I am offered a big role I would definitely consider it. I had never thought that I would end up being the first chef in the world to own a television channel. I think one can't predict the future but the chances of me turning into a film producer in the future must not be ruled out," he said.
Kapoor currently stars in the popular TV show Khana Khazana, which is the longest running show of its kind in Asia.
"I have been fortunate enough to have some beautiful people in both my personal as well as professional life. I will continue to strive to fulfil my dream of making Indian cuisine the number one in the world," he said.
Recently, Kapoor launched yet another book titled 'Aah Chocolate'.
"Chocolate has always been positioned as an aspirational and fascinating commodity. The possibilities of creating beautiful recipes with it are endless. It is a simple book which can guide amateur cooks on the art of handling chocolate," he said.