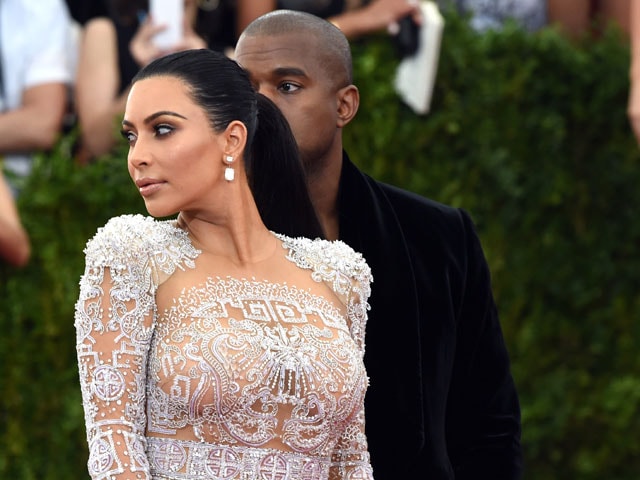 Reality TV star Kim Kardashian has been accused of copying Beyonce Knowles' old Met Gala outfit, reported Ace Showbiz. The Keeping Up with the Kardashians star wore a sheer Roberto Cavalli dress which featured crystal embroidery and a long fur train to the 2015 Met Gala. (Also Read: Beyonce Stops Met Gala in its Tracks in Seriously Revealing Dress)
Image courtesy: AFP
The dress has more than a few similarities to Beyonce's Met Gala gown in 2012. At that time, the Run the World hitmaker wore a sheer black Givenchy gown with crystal embroidery and a purple fur train. She styled her hair in sleek ponytail. Kim also tied her hair in sleek ponytail. (Also Read: Pinnacle of Glamour and Glitz at Met Gala )
However, Kim said her outfit was inspired by Cher. She posted on Instagram a photo of Cher's first Met Gala look along with caption:

Tonight's inspiration! Cher at the 1st ever Met Gala! I just met her and told her this photo was my inspiration for my dress tonight! She is so beautiful! So happy I met her!