Comedian and actor Kapil Sharma shared an adorable picture with his girlfriend on Twitter. He wrote: "Will not say she is my better half. She completes me" 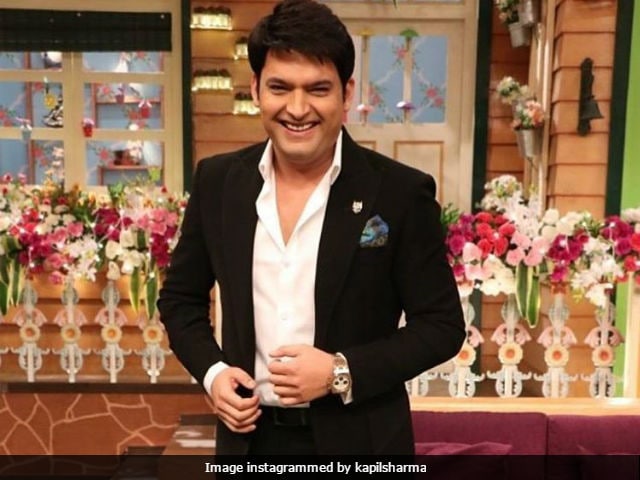 Comedian and actor Kapil Sharma has made a big announcement on Twitter. The 35-year-old comedian shared an adorable picture with his girlfriend, captioned: "Will not say she is my better half . She completes me. love u ginni . please welcome her .I love her so much:)." Before uploading the photograph, Kapil Sharma teased his fans, saying he was waiting to share 'something very beautiful' with them. He wrote: "Hi..want to share something very beautiful thing with u guys. wait for 30 mins." This is the first time Kapil has officially introduced his girlfriend to his fans and we hope to hear wedding bells soon. Kapil Sharma gained popularity after winning the comedy reality television show The Great Indian Laughter Challenge in 2007. In 2013, he launched his own show Comedy Nights With Kapil under his banner K9 Productions. Comedy Nights With Kapil, a comedy-focused talk show, featured celebrity guests who appeared to promote their latest films. It also became India's highest rated scripted television show. After the end of Comedy Nights with Kapil, he started a new show called The Kapil Sharma Show.
Check out Kapil Sharma's adorable picture with his girlfriend here:

Hi..want to share something very beautiful thing with u guys ...wait for 30 mins ..

Kapil Sharma made his Bollywood debut with the 2015 movie Kis Kisko Pyaar Karoon, directed by Abbas Mustan. He was seen romancing four actresses in the film, Elli Avram, Manjari Phadnis, Simran Kaur Mundi and Sai Lokur.
On March 5, Kapil Sharma made his debut on Karan Johar's chat show Koffee With Karan Season 5. On the show, he spoke about his marriage plans. Kapil said that he keeps getting marriage proposals but he was 'double-minded and confused' about it. "Meri maa ka bas chale toh kal hi kara de," Kapil Sharma told Karan Johar.
On the work front, Kapil Sharma is currently working on two films - Rajiv Dhingra's Firangi co-starring Ishita Dutta and 13 August 1947.