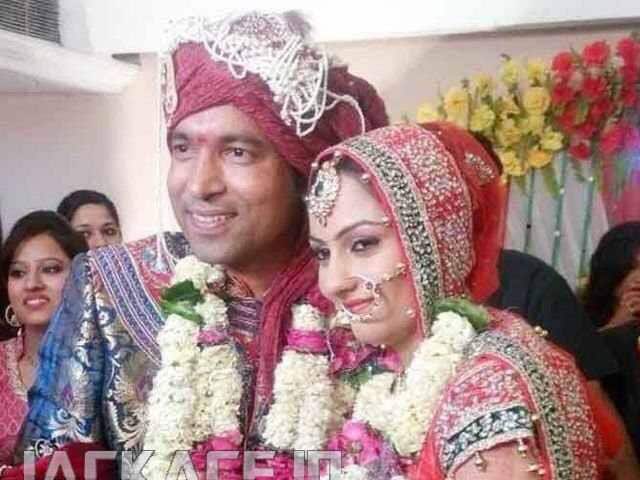 This image was posted on Twitter by Ali Asgar

Actor Chandan Prabhakar, popularly known as Raju of Comedy Nights with Kapil, got married in a traditional Punjabi wedding in Amritsar.
The ceremony took place in the presence of his friends and family but his co-stars from the comedy show could not make it to the ceremony.
Ali Asgar, aka dadi, took to microblogging site Twitter to congratulate the couple:

Comedy Nights with Kapil, hosted and produced by Kapil Sharma, has currently taken a leap of a year.