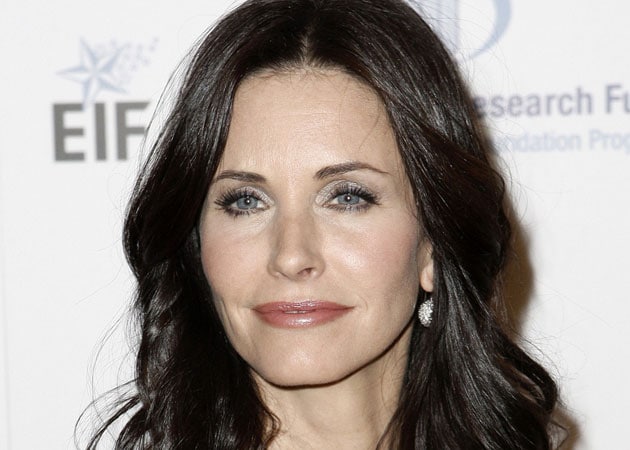 Courteney Cox enjoyed shooting scenes for Cougar Town in which her character Jules Cobb and her new lover Grayson Ellis have a 'naked day' to keep the spark alive in their relationship.

Courteney Cox is comfortable filming naked scenes.
The 48-year-old star enjoyed shooting scenes for the new series of sitcom Cougar Town in which her character Jules Cobb and her new lover Grayson Ellis have a 'naked day' to keep the spark alive in their relationship, and admits the cast and crew got way too blase about nude people walking around the set.
She laughed: "Lighting is everything. I'm not kidding you. You can walk into a room and go, 'Wow, I look great today.' And one step further and you're like, 'Oh my god, I look horrible!'
"Everyone is really comfortable with people being naked. Like they walk by, Josh [Hopkins] (Grayson) is just standing there naked and no one is affected by it, which is really funny because you're like, 'Hello?!' " Courteney often brings her eight-year-old daughter Coco Arquette - her child with ex-husband David Arquette - to the set and says the crafty kid has come up with a money-making scheme to extort some extra pocket money from Courteney's cast mates.
She said: "She's on the set all the time. She runs that set. She will take the food off craft service and then make her own little stand and make money." The brunette beauty also revealed she wants to get her old Friends pals involved in her TV project and promises Matt LeBlanc [Joey Tribbiani] and Matthew Perry [Chandler Bing] will make cameo appearances when their schedules allow it. Courteney told Britain's OK! magazine: "I was lucky I got Lisa [Kudrow] and Jennifer [Aniston]. I would love to do something with Matt, it would be really fun. Matthew is working right now, but Matt has more time because his show films opposite of ours."