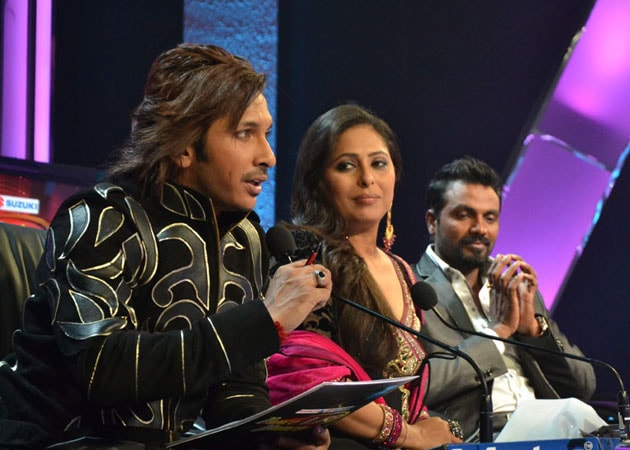 Geeta Kapur, Remo D'souza and Terence Lewis were the original judges of the dance show for three seasons.

The fourth season of Dance India Dance will have three new judges - choreographers Mudassar Khan, Shruti Merchant and Feroz Khan.
"We are proud of our choices for the fresh panel of mentors. It is their passion for dance that has landed them these coveted positions on our panel of judges," Ajay Bhalwankar, Head-Content, Hindi GECs, ZEEL, said in a statement.
Mudassar has choreographed songs like Humka Peeni Hai from Dabangg and Pandeyji Seeti from Dabangg 2. He has also choreographed Party All Night from the forthcoming film Boss.
He also runs his own hip hop school and is the owner of the dance group Sharpshooterz.
Coming from a family of choreographers, Shruti began her career assisting her sister, choreographer Vaibhavi Merchant. She is known for choreographing Thug Le from Ladies v/s Ricky Bahl. She is also part of theatrical musical The Merchants of Bollywood.
Feroz worked as an assistant to ace choreographer Farah Khan and is known for his work in the songs Maa Da Laadla from Dostana and Move Your Body from Johnny Gaddaar.
Original judges Geeta Kapur, Remo D'souza and Terence Lewis will remain an integral part of the show, which will go on air at the end of the month.