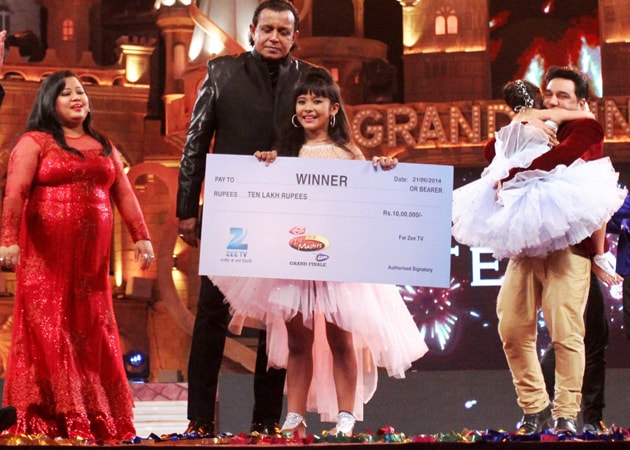 Teriya, who hails from Rudrapur, in Nepal, defeated Hardik Ruparel, Anushka Chetri and Sadhwin Shetty in the grand finale

Nepal's Teriya Magar, who was named the winner of Zee TV's Dance India Dance L'il Masters' season 3, already knows what she wants to do in future. The 11-year-old aspires to be just like Dabangg actress Sonakshi Sinha.
Teriya, who hails from Rudrapur, in Nepal, defeated Hardik Ruparel, Anushka Chetri and Sadhwin Shetty in the grand finale held at the Balewadi Sports Complex in Pune on June 21. Being the winner of a dance reality show, it comes as no surprise that she aims to be a choreographer. But it's Sonakshi, her favourite actress, whom she's completely smitten with. (Also Read: Jhalak's American Judge)
"I want to be an actress and choreographer when I grow up. I want to be like Sonakshi Sinha. She is very beautiful and I really like the way she performs," she told IANS in a telephonic interview from Mumbai.
She was thrilled about meeting Bollywood actor Varun Dhawan, who attended the grand finale. "I like him (Varun). I have seen his movies. Main Tera Hero is an awesome movie but Student of the Year is even better," said the girl, who walked away with the KB3 (Kya Baat, Kya Baat, Kya Baat) Cup and Rs 10 lakh cash prize.
When asked how she would like to spend her prize money, she said: "I will give it to my father, who works in a hotel in Dubai so that he doesn't stay away from us."
Her father had also mentioned during the grand finale that he was meeting the little one after two years as his work kept him away from his family.
Apart from the prize money and trophy, she also has a contract with Zee TV to perform at shows organized by them.