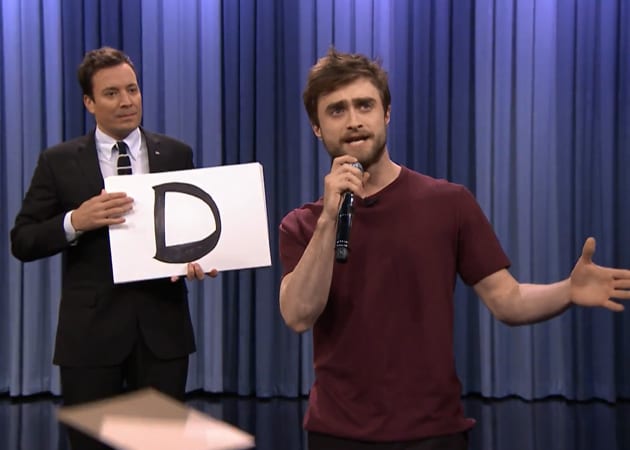 Daniel Radcliffe and Jimmy Fallon in a still from the show.

Harry Potter star Daniel Radcliffe brought the house down with his rendition of Blackalicious' Alphabet Aerobics during a visit to The Tonight Show Starring Jimmy Fallon.

The British star dropped his accent for his show-stopping performance, displaying his verbal prowess as he raced through each and every tongue-twisting lyric from the classic 1999 rap hit, reported US magazine.

Talking before his performance, the 25-year-old actor explained learning all the words to his favourite rap songs was a bit of compulsion for him.

"Initially I got into Eminem and was obsessed with learning all the words to 'Real Slim Shady'. There's also a guy called Plan B in England. I've always had an obsession with memorising complicated and intricate fast songs. It's a disease."