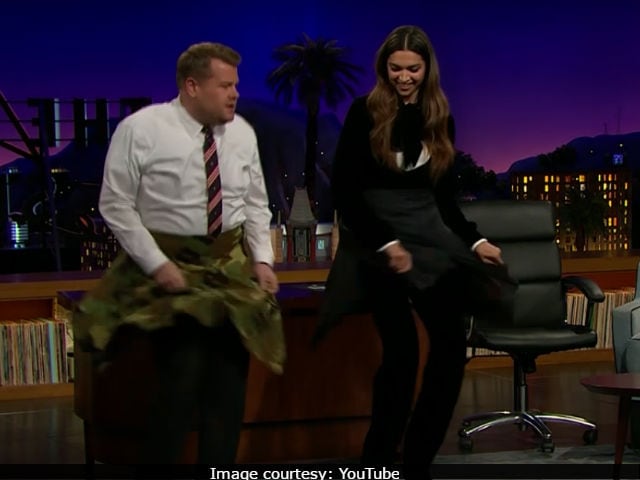 There's no dancing in xXx: The Return Of Xander Cage but there's been plenty of it in the promotions of the film. Actress Deepika Padukone's presence in Vin Diesel's new Hollywood outing led to some smooth moves on a red carpet and now on American late night TV. Deepika and Vin went on The Late Late Show With James Corden last night and it was an extremely Bollywood appearance - make that xXxtremely. Show me how to do The Lungi Dance, their host demanded. Deepika was only too glad to. Lungis were improvised out of jackets (James borrowed one) and, watched by a grinning Vin Diesel, Deepika Padukone taught James Corden the routine that she and Shah Rukh Khan made such a hit in Chennai Express.
How did James Corden do? Apart from the fact that he was dwarfed by a seemingly nine-foot-tall Deepika, we think he did very well. 10 on 10.
Video: Watch Deepika Padukone and James Corden do The Lungi Dance 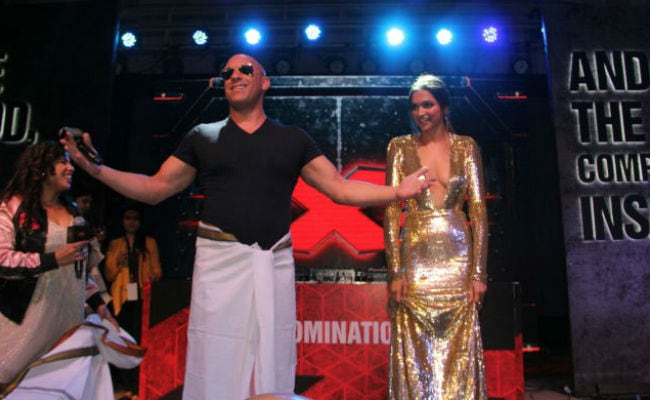