Did Deepika Padukone and Arjun Kapoor Create a Rift Between Two Telly Stars? 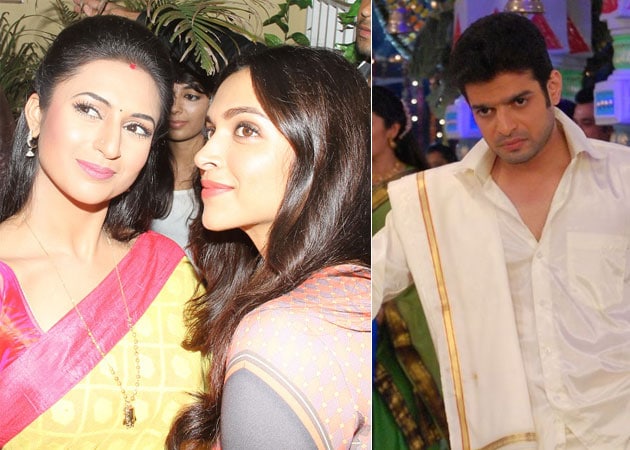 Deepika and Arjun had come to the show's sets to promote their film Finding Fanny.

Karan Patel, the lead actor of the TV show, Yeh Hain Mohabbatein, recently had an altercation with actress Divyanka Tripathi

If sources are to be believed, Karan Patel, the lead actor of the TV show, Yeh Hain Mohabbatein, recently had an altercation with actress Divyanka Tripathi. Turns out Karan was blaming the media for having caused his delay in reaching the sets, which, in turn, led to his part being edited out of a special episode featuring Bollywood actors Deepika Padukone and Arjun Kapoor.

Says a source, "Deepika and Arjun had come to the show's sets since they were shooting a special episode to promote their film, Finding Fanny. They were supposed to shoot with the lead couple, Karan Patel and Divyanka Tripathi. But Karan reached late on the sets, and the makers couldn't keep Deepika and Arjun waiting for long due to their other commitments. As a result, they changed the script at the last minute and the episode was shot without Karan."

The source adds that when Karan turned up, the shoot was nearly over. "Since there was not a single shot featuring Karan, he was very upset. He created a ruckus and blaming the media for his delay, he banned them from coming on the sets of the show," says the source, adding that despite the intervention of the show's publicists, Karan didn't want mediapersons on the sets.

"When he spotted a few reporters on the sets, he told the producer to ask them to leave or else he would walk away. That's when his co-star, Divyanka, stepped in and announced that she'd walk out if the media wasn't allowed in," says an eyewitness.

When contacted, Karan said that he was not supposed to be a part of the special episode in the first place. "I didn't want mediapersons to hover around during my shoot because I get distracted when there are many people on the sets. They are welcome once my shot is over," he said, whereas Divyanka confirmed that the actor had insulted some mediapersons. "I am not against Karan, but the media was just doing its job. They weren't doing anything wrong and I was supporting them on human grounds," she said.