Dil Hai Hindustani: Shah Rukh Khan will shoot for the episode on Thursday and it will be aired on television around January 26 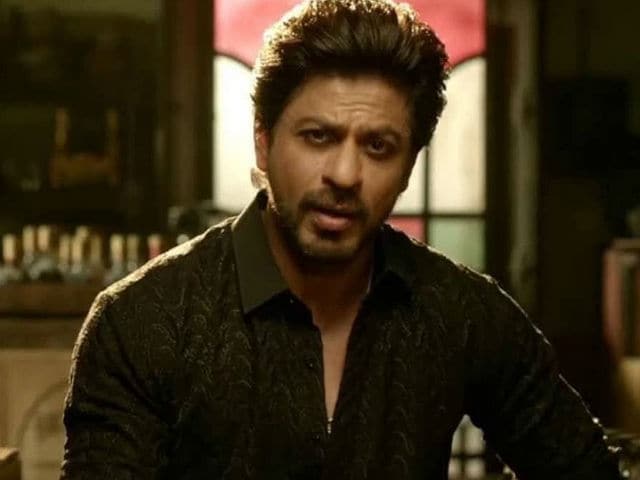 Shah Rukh Khan's new film Raees will be showcased on new talent show Dil Hai Hindustani, reports news agency IANS. "Shah Rukh is coming to promote Raees and will shoot for the episode tomorrow. It will go on air around January 26," a source from Star Plus, which airs the show, told IANS yesterday. Raees releases on January 25. Dil Hai Hindustani, which began airing last weekend, is judged by SRK's friend and colleague Karan Johar. His co-judges include composer Shekhar Ravjiani, singer Shalmali Kholgade and rapper Badshah. Apropos of nothing, here's a reminder that SRK once starred in a film called Phir Bhi Dil Hai Hindustani (yes, we know it has no bearing on the new TV show or the fact that SRK will be on it).
Shah Rukh Khan will also be promoting Raees on reality show Bigg Boss 10, hosted by actor Salman Khan. The two Khans featured in a teaser of the episode:

Raees, which has been delayed to the start of 2017 from last year, stars Shah Rukh Khan, 51, as the titular Raees Alam, a boot-legger and criminal figure operating in Gujarat. Nawazuddin Siddiqui and Pakistani actress Mahira Khan co-star in the Rahul Dholakia-directed film. The trailer of Raees was released at the end of 2016 and went instantly and insanely viral. SRK's kohl-eyed look has received particular praise. Actress Sunny Leone appears in a special song sequence, a remix of the Zeenat Aman hit Laila O Laila.
Dil Hai Hindustani, which is generating major interest, is a talent show that features singers from around the world. This weekend's episode will have OK Jaanu co-stars Aditya Roy Kapur and Shraddha Kapoor perform The Humma Song with Badshah.
(With inputs from IANS)