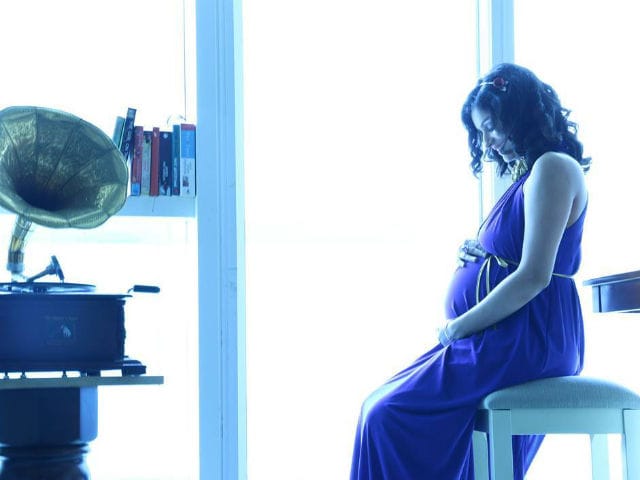 This year's Christmas was special for model and actress Dimpy Ganguly, who embraced motherhood six months back. Dimpy married a Dubai-based businessman Rohit Roy in November 2015 and gave birth to a daughter, who they have named Reanna, on June 20 this year. Dimpy, 31, shared her joy on Instagram by posting an adorable picture of with her daughter and captioned it as: "Happiness is when your little person gives you the best Christmas present by saying her first words.."Mamma." Dimpy, who had made her baby announcement on social media had not shared any of her daughter's picture so far.
Here's what Dimpy posted about her daughter's first words:


Happiness is when your little person gives you the best Christmas present by saying her first words.."Mamma"...Merry Xmas to all you lovely people out there! :)

Reanna, now, six-months-old, can be seen playing around a Christmas tree.
Look how Reanna celebrated Christmas:


Look what Santa got us this year! #reannasfirstchristmas #xmas2016 #bestever

Dimpy was earlier trolled for being pregnant before her wedding. However, her husband posted an impassioned defence of her and said, "She managed to do it with the help of this new app - www.mindyourownbusiness.com! Hurry... limited stocks!" In a separate comment, Rohit said, "Stop spreading your filth, stop stooping so low" and described the trolls as "classless."
He added, "It's love that brought Dimpy and me together and love that blessed our marriage with a beautiful healthy little princess."
Dimpy, who earlier appeared in Bigg Boss married Rahul Mahajan in 2010 after meeting him on the sets of reality show Rahul Dulhaniya Le Jayega. However, they got divorced in 2015. She also done television shows like Zor Ka Jhatka: Total Wipeout, Kahani Chandrakanta Ki and Nach Baliye 5