Dipika Kakar And Shoaib Ibrahim To Get Married By December

Dipika Kakar And Shoaib Ibrahim co-starred in the television show Sasural Simar Ka. Shoaib said that they plan to get married either in December this year or January next year 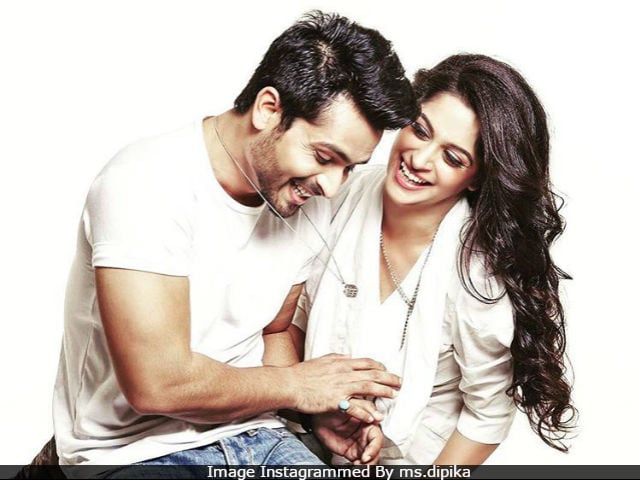 Television actor Shoaib Ibrahim, who is back to small screen after a gap of four years, said that he and his girlfriend Dipika Kakar have planned to take their relationship to another level. In an interview to The Times Of India, Shoaib said that they are planning to get married in December or by next year in January. "We plan to get married either in December this year or January next year. I would like to have a winter wedding. Dipika wants a grand nikaah in my hometown Bhopal." Dipika and Shoaib first met on the sets of Sasural Simar Ka, where they were paired opposite to each other. However, Shoaib quit the show after a year. The couple has been in a relationship for over two years now.
Dipika and Shoaib, both 30, are quite vocal about their relationship. Both of them often post pictures on their respective Instagram accounts, expressing their love for each other.

Wen his smile says howmuch he loves me and his eyes reflect my happiness there is nothing else in this world that i want to ask for!!!!! #throwback pic i know its a little blur but it has a beautiful moment captured in it

Shoaib will now be seen opposite actress Surbhi Jyoti in the thriller Koi Laut Ke Aya Hai. He says that the serial is his best comeback. Talking about Koi Laut Ke Aya Hai, Shoiab told TOI, "I didn't want to do a saas-bahu drama. This script is exactly what I wanted to take up."
Dipika debuted in the television industry in 2010 with Neer Bhare Tere Naina Devi. She was also seen in Agle Janam Mohe Bitiya Hi Kijo as Rekha. She became a household name after playing Simar Bharadwaj in Sasural Simar Ka.
After featuring as the main protagonist Simar, for six years, Dipika recently quit Sasural Simar Kafor personal reasons. Shoaib said that he totally respects her decision.