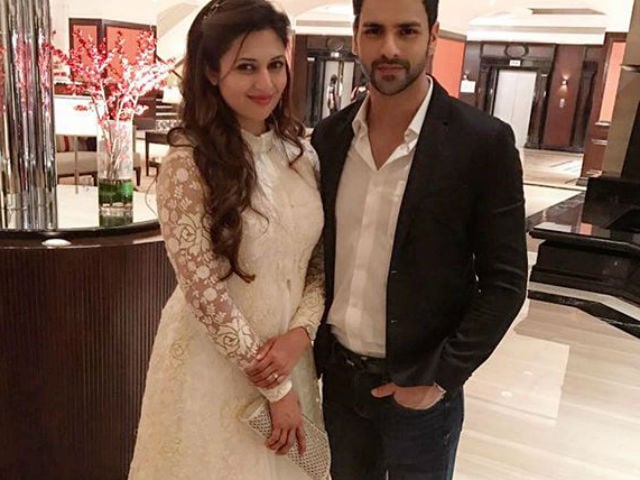 Divyanka Tripathi and Vivek Dahiya, who are one of television's busiest star couples, married in July this year and have finally taken some time off for the 'best trip' of their lives. The couple have flown to Paris for a holiday. This is Divyanka and Vivek's first long vacation after their wedding. They resumed work soon after and their honeymoon in Udaipur, which they took over a month after they got married, was brief. Divyanka and Vivek have plans to celebrate Christmas and New Year in Paris itself. Vivek, 32, shared an image on Instagram giving major hints about his much-awaited trip with his wife. Last week, they celebrated Divyanka's 32nd birthday with a private dinner at a restaurant in Mumbai.
Here's what Vivek had to say about their Paris holiday:


The excitement of pack up is unusual today. Just a few hours left before we head out to begin the best trip of our lives #PinocchioAndMeAreSet

Vivek Instagrammed a picture from Paris on Thursday.


Checking out the classic!

Divyanka Tripathi and Vivek Dahiya married on July 8 in Bhopal. The wedding was followed by a reception in Vivek's hometown Chandigarh. The couple first met on the sets of Yeh Hai Mohabbatein, in which Divyanka is the lead actress.
However, Divyanka seems to be missing her onscreen children from the serial Yeh Hai Mohabbatein and they are clearly missing her as well. She posted this video of Ruhi and Adi from the sets.


Ufff this #Melodrama! Missing you too my babies! @aditi_bhatia4 @i.m.abhishekk

A video posted by Divyanka Tripathi Dahiya (@divyankatripathidahiya) on Dec 21, 2016 at 4:20pm PST

Divyanka Tripathi, who started her career with Banoo Main Teri Dulhan, is one of TV's top stars. She is also known for her roles on the shows Intezaar and Mrs & Mr Sharma Allahabadwale. Vivek Dahiya currently stars in Ekta Kapoor's Kavach...Kaali Shaktiyon Se, opposite Mona Singh.