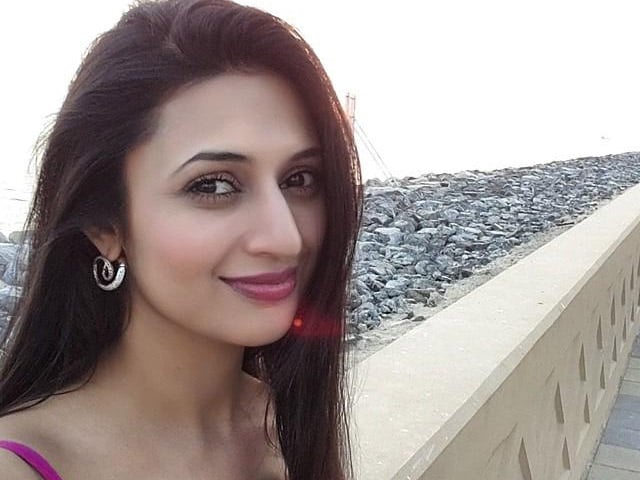 This image was posted on Twitter by Divyanka Tripathi

Actress Divyanka Tripathi said that a wave of naturalism has brought a whiff of change in the content of Hindi TV shows. She also credits the audience for pushing showmakers to pay greater attention to the storylines.
"In television, focus has shifted towards content, thanks to audience, because supply is directly affected by demand. Audiences have become very intelligent and they want to see intellectual shows," Divyanka told IANS.
It's a welcome change for actors too. "Thanks to that (the change), we as actors are also pretty content as we are able to portray good and very natural characters," she added.
The actress, who has earlier featured in shows like Banoo Main Teri Dulhann and Mrs & Mr Sharma Allahabadwale, also noted that dramatic story line has been replaced by "naturalism".
"Naturalism has come. TV has become very practical. Earlier, there was too much glam quotient; women had to look good even when they were sleeping. There was a lot of drama, but that is not the case now," she said.
Divyanka has carved a special place with her role of a South Indian girl, named Ishita, married to a Punjabi man in Star Plus show Yeh Hai Mohabbatein.
Divyanka feels one of the reasons why her role clicked with the audience was the portrayal of reality through her character.
"People love Ishita because they can connect with my character, and our show also highlights issues of every household," the actress said.
When not acting, the actress said that she prefers to catch up on her hobbies like watching movies.
"I live my own life and try to explore myself. I entered the industry at a very young age and didn't know a lot of things. So now I tend to go shopping with my friends, watch movies (which I simply adore), go on long drives.
"I am a very homely person; so half of the time I am cleaning my house," she said.