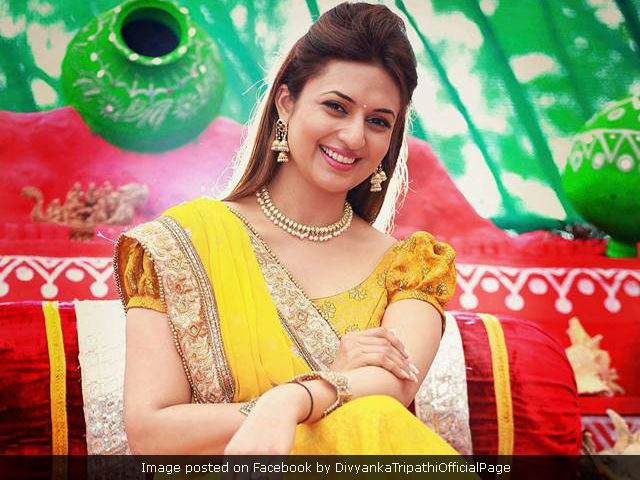 Actress Divyanka Tripathi is one of television top stars, courtesy her show Yeh Hai Mohabbatein. Divyanka, 32, hails from Bhopal and has won several awards in her hometown. She was crowned Miss Bhopal in 2005 after which she participated in India's Best Cinestars Ki Khoj and again won from Bhopal zone in 2004. From this start, she got her first leading role in television show Banoo Main Teri Dulhann, opposite actor Ssharad Malhotra. The show ran successfully for three years from 2006 to 2009 and fetched Divyanka Tripathi various television awards for her performance. From 2009 to 2012 she starred in several shows like Intezaar, Mrs & Mr Sharma Allahabadwale and Chintu Chinki Aur Ek Badi Si Love Story. In between, she also participated in reality shows like Khana Khazana and Nachle Ve With Saroj Khan.
She also featured in a few episodes of shows like Adaalat, Teri Meri Love Stories and Savdhaan India. Divyanka Tripathi's next breakthrough role came in 2013 when television czarina Ekta Kapoor cast her in Ye Hai Mohabbatein as Ishita Iyer, who marries a bitter businessman named Raman Bhalla (played by Karan Patel) to take care of his daughter Ruhi, about whom Ishita becomes protective. The television soap is one of the top viewed shows today, after three years and several plot twists.
Divyanka Tripathi was born on December 14 in Bhopal from where she completed her schooling and then higher education. She completed a course in mountaineering from Uttarkashi and she has a gold medal in riflery. Divyanka Tripathi married her Ye Hai Mohabbatein co-star Vivek Dahiya in an elaborate ceremony in July 2016. It was a three-day wedding extravaganza which started in Divyanka's hometown Bhopal and ended in Vivek's hometown Chandigarh.
Here are 50 best pics of Divyanka Tripathi:
>

Divyanka Tripathi's role in Yeh Hai Mohabbatein has fetched her several prizes at the Star Parivaar, Indian telly and other awards.