Shruti Bapna, who portrayed the role of Vandita in Ye Hai Mohabbatein, is no longer a part of the show. Her co-star Divyanka Tripathi posted a picture with her on Instagram wishing her success in all future endeavours 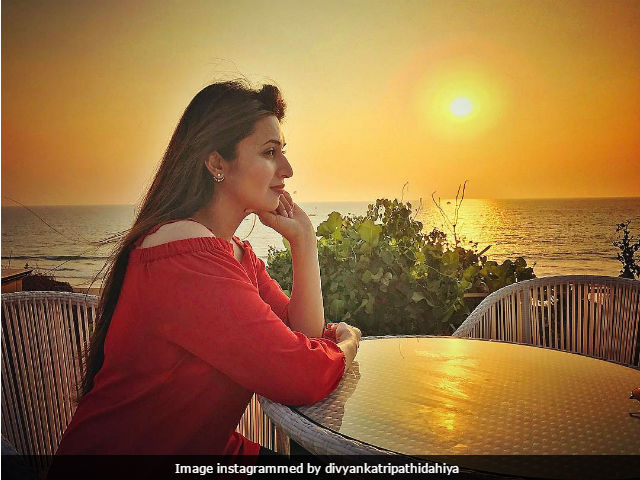 Actress Shruti Bapna has quit the popular television show Ye Hai Mohabbatein and her co-star Divyanka Tripathi has a special message for her. Divyanka, who plays the lead role in the show, posted a heartwarming message along with a picture for Shruti Bapna on Instagram. In her post, the 32-year-old actress wrote that Shruti's presence will be missed from the show. She also revealed that the duo were 'affectionate like sisters' both on and off screen. Shruti Bapna, portrayed the role of Vanita Bala Chndan in Ye Hai Mohabbatein. The show, partially based on Manju Kapur's novel Custody, has been created by Ekta Kapoor. The show is produced by Ekta's production company Balaji Telefilms.
See Divyanka Tripathi's post for her Shruti Bapna below:


Started #YehHaiMohabbatein four years back with this girl (@shrutitheactor)... Somehow we became affectionate like sisters in the show and in real. Will miss you as you leave the show now. May your journey next be greater, bigger and happier!

A post shared by Divyanka Tripathi Dahiya (@divyankatripathidahiya) on Mar 20, 2017 at 8:17pm PDT


A big Thank you to all the supporters and viewers of Ye hai mohabbatein for all the love all these years and my team of supremely talented and such fun co actors it's been an incredible time and I love you all so much!!!thank you for being there beyond the set life!

Shruti Bapna has also featured in films such as Wake Up Sid starring Ranbir Kapoor and Konkana Sen, Akshay Kumar's Rowdy Rathore, Ekk Deewana Tha and The Lunchbox starring Imran Khan and Nimrat Kaur.
Divyanka Tripathi gained popularity after playing a dual role in the show Banoo Main Teri Dulhan. The show earned her the Indian Television Academy Award for Best Actress. Divyanka Tripathi got married to her Ye Hai Mohabbatein co-actor Vivek Dahiya in 2016. The couple will be seen participating in Nach Baliye's upcoming season. The actress recently posted a clip from the show's promo in which the couple can be seen twirling, captioned: "because when he's around, my world catches momentum and every moment becomes special. Aaja... #NachBaliye in #Season8."


...because when he's around, my world catches momentum and every moment becomes special. Aaja... #NachBaliye in #Season8. (#Reply to @officialvivekdahiya)

A post shared by Divyanka Tripathi Dahiya (@divyankatripathidahiya) on Mar 20, 2017 at 2:56am PDT

Nach Baliye 8 will be aired on television on April 1. The show will be judged by actress Sonakshi Sinha, choreographer Terrence Lewis and filmmaker Mohit Suri. Karan Tacker will be hosting the show.