Ellen wanted to know all about Salman Khan: Akshat Singh 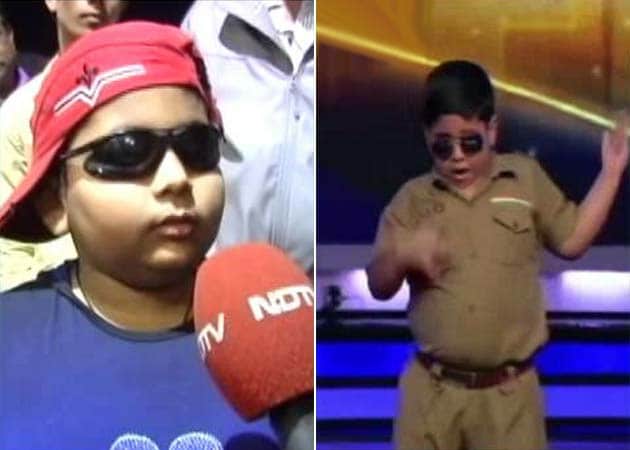 Eight-year-old Akshat Singh, who appeared on the Ellen DeGeneres' show in the US, says that the host was keen to know about Bollywood superstar Salman Khan.

Eight-year-old Akshat Singh, who appeared on the Ellen DeGeneres' show in the US, says that the host was keen to know about Bollywood superstar Salman Khan.
Kolkata-based Akshat, who impressed India's Got Talent 5 judges when he shook a leg to Salman's popular song Mera hi jalwa, left for Los Angeles on February 13. He recorded his dance number in front of the highly appreciative American hostess on Valentine's Day.
"She loved my dancing. She wanted to know all about Salman Khan and I was happy to tell her. There were lots of Indians in the studio and they were all Salman fans. So I had fun. I ate Mexican food and got to meet nice people," said Akshat.
A Class 3 student, he confesses he had "never heard of Ellen DeGeneres".
"But I got to know she's very big. I was thrilled to be invited on her show. I don't think anybody from India has ever danced for her," said Akshat who began dancing four years ago.
He has come back from Los Angles all praise for the no-nonsense DeGeneres.
"She was very nice to me. I was a bit shy to begin with. She told me to call her 'Ellen'. I was comfortable with her in no time at all. I loved dancing on her show. There were other overweight kids on the show. So I felt at home," he said.
It was his first visit abroad, but Akshat couldn't get to see anything of the US.
"I flew in with my parents. We just shot my dance and came back. But I travelled all over America in my dreams," said the boy with big dreams.
"What do I want to do when I grow up? I want to study hard. I want to dance all my life. I want to be many things. But most of all I want to be intelligent," he said.