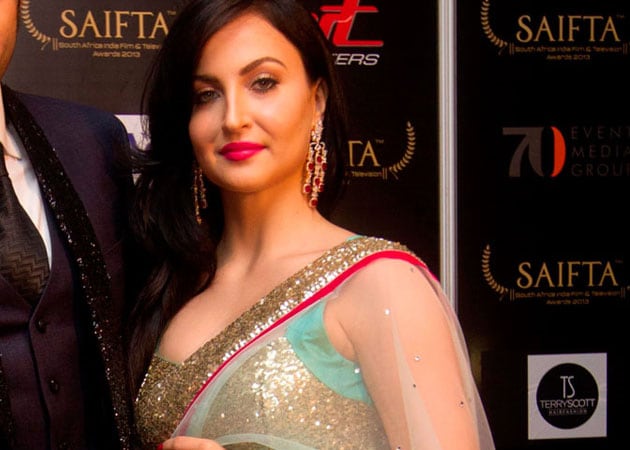 Elli was evicted from Bigg Boss house on Saturday (November 23, 2013).

Elli Avram believes that many people inside the house of reality show Bigg Boss - Saath 7 are unhappy with fellow actor-contestant Armaan Kohli's anger.

Swedish-Greek actress Elli Avram believes that many people inside the house of reality show Bigg Boss - Saath 7 are unhappy with fellow actor-contestant Armaan Kohli's anger.
The 23-year-old is the latest to join the list of evicted contestants from the show after she was eliminated on Saturday (November 23, 2013).
The show saw series of controversies, which included actor Kushal Tandon being ousted from the game for misbehaving with fellow contestant VJ Andy.
Elli, who was earlier unhappy with Kushal's actions, feels that sometimes Armaan's behaviour also upsets people inside the house. But they can't do anything about it.
"I don't feel that everyone in the house is happy with what he (Armaan) is doing. Kushal's case was not our decision and Bigg Boss took it. It was the same case for Armaan and many times participants demanded him to be removed, but the show decided to keep him," Elli told IANS.
"People in the house have been upset with Armaan's language when he gets angry, but at the end of the day it is Bigg Boss' decision," she added.
However, Elli also admits that Armaan does not put up a fake persona in front of others.
"Armaan already said that he is playing game. I don't think he is putting up a mask or trying to be nice to others purposely. When he feels something, he just says it and does not pretend to like you," she said.
The show now has Gauhar Khan, Kushal, Tanisha Mukherji, Armaan, Sangram Singh, Andy, Kamya Punjabi, Ajaz Khan and Sofia Hayat as remaining contestants.