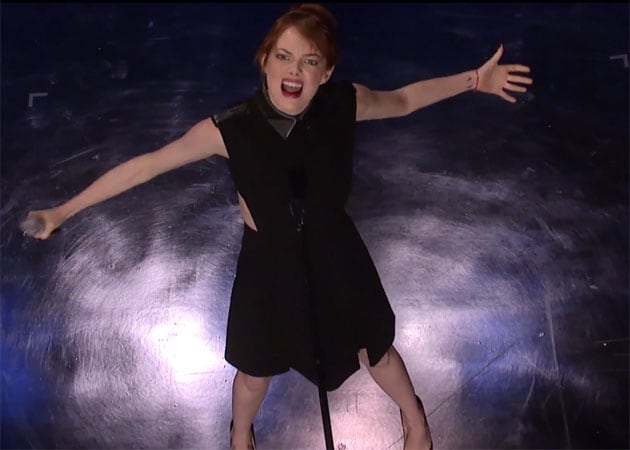 The Amazing Spiderman star Emma Stone, who was a guest on The Tonight Show with Jimmy Fallon, engaged in what the internet has termed as the most epic lip sync battle ever with the host. (Also read: Emma Stone's death fears)
After Jimmy told Emma that he would go first in the lip sync battle, the actress graciously wished him "not good luck" and got off stage. The comedian then gave a solid performance to the song Fancy by Australia-born rapper Iggy Azalea. Emma outdid him with a hilarious take on Blues Traveler song Hook.
But then Jimmy stepped up the tempo of the battle with an amazing performance of Styx's Mr Robato complete with a robot dance sequence too. The crowd was already on its feet but no one saw what came next.
Emma stepped on to the stage and announced that her last song would be All I Do Is Win by rapper-record producer DJ Khaled. She went on to give one the most passionate and energetic lip sync performances ever on television complete with expressions to match and almost accurate rapping.
By the time she was finished, even Jimmy was jumping with excitement and he simply said: "Come on! That was the best one that's ever been done on the show. Emma's the clear, clear, clear winner!"
Watch the epic battle: