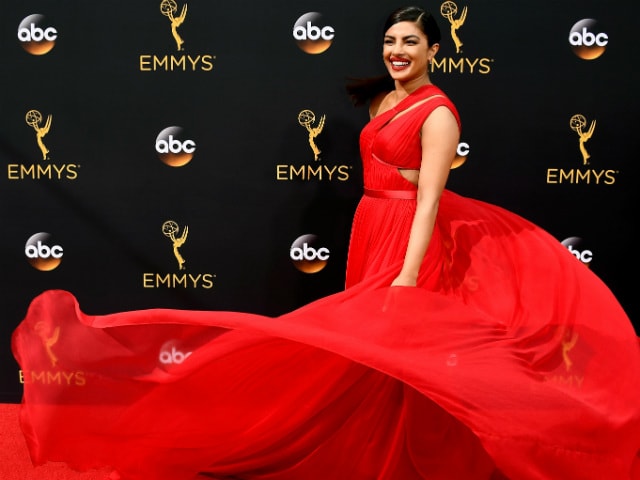 Desi Girl Priyanka Chopra is killing us. No, really.
Priyanka set the red carpet ablaze at this year's Emmy Awards, which is television's equivalent of the Oscars. Priyanka turned heads at the 68th Annual Primetime Emmy Awards as she sashayed down the red carpet and made her way into the Microsoft Theatre in Los Angeles in a customised scarlet Jason Wu creation paired with Brian Atwood heels. 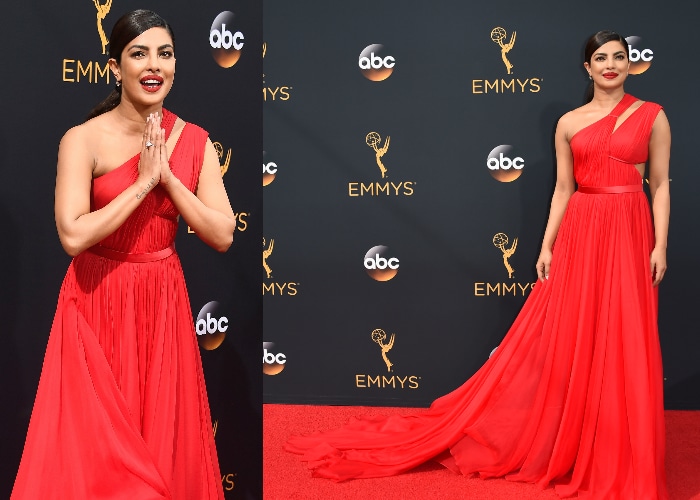 Priyanka's red carpet debut at the Emmy Awards will be a thing to remember. Twirl away: 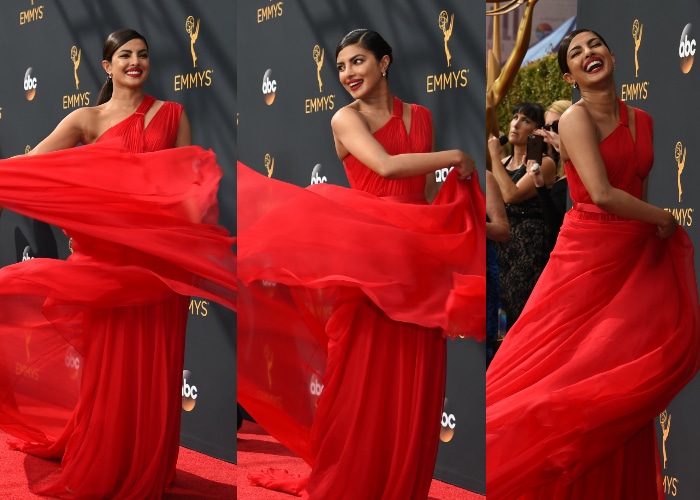 Priyanka did not mind the popping flash bulbs at all. After all, she was dressed to kill. 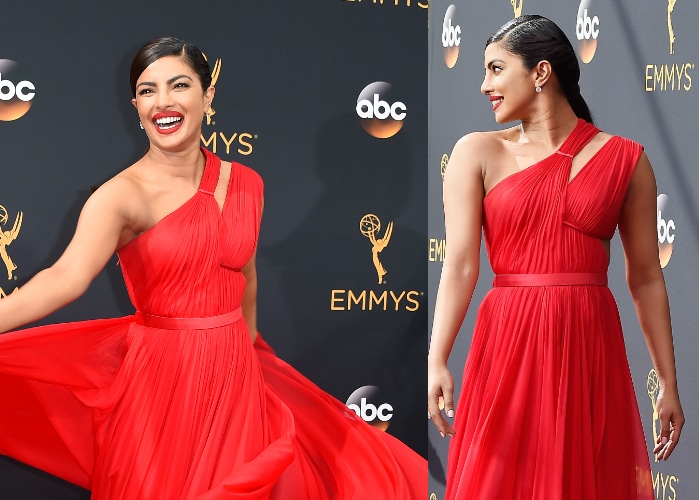 What am I gonna wear tomorrow.. #EmmyswithPC ... Decisions decisions... 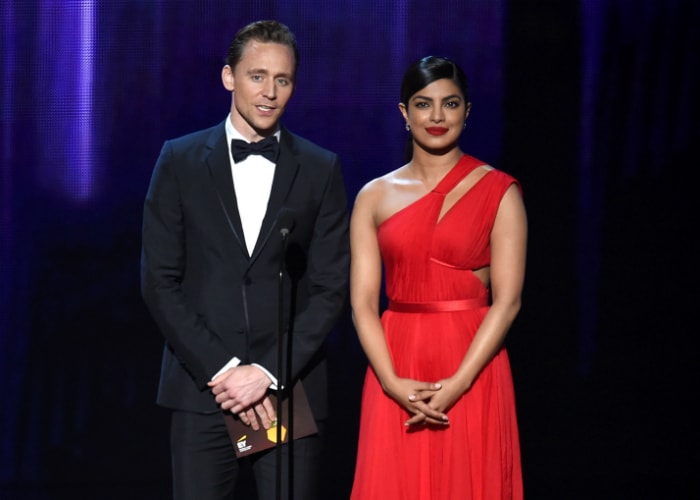 Meanwhile, after having attended the Oscar and won a People's Choice Award this year, Priyanka is currently busy filming the second season of Quantico in New York and is awaiting the release of her Hollywood debut Baywatch, co-starring Dwayne Johnson. She was also recently named among the 10 highest paid TV actresses by Forbes. She plays protagonist Alex Parrish in crime thriller series Quantico and will feature as the antagonist in Baywatch.
Temporarily a New York native, she recently allowed cameras into her apartment.
Priyanka recently featured in an elaborate fashion piece on Refinery29 and also as the latest face of 'Hollywood Royalty' in W magazine. She also made it to this year's Time 100 List of most influential people.
Back home, she was last seen in Prakash Jha's Jai Gangaajal and hasn't signed a new Bollywood project yet. She is, however, producing a film titled Ventilator.