Emmys Red Carpet Was All About Priyanka Chopra, Red and Yellow 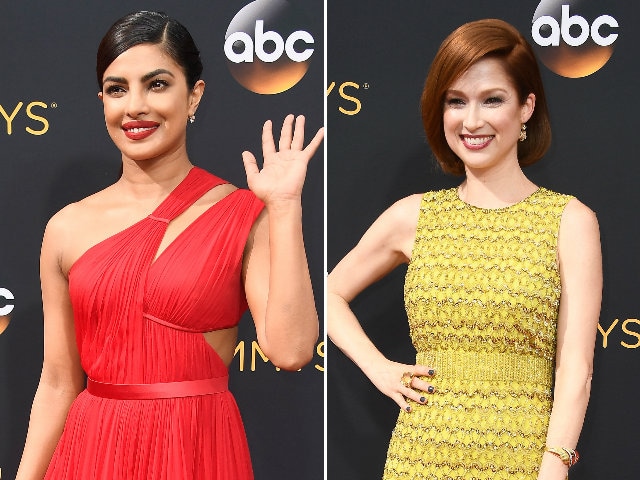 Hollywood's A-list sparkled in the California sunlight on the red carpet Sunday for the Emmy Awards, television's top honours.
The following are briefs from the red carpet: top trends seen on the top actors and actresses in a few pithy quotes and other tidbits.
Ladies in red:
On the red carpet, red is always a standout and a statement. 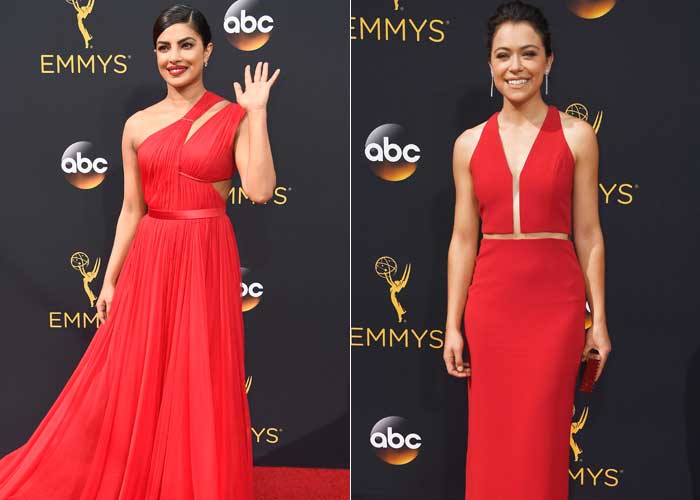 Actress Priyanka Chopra, a former Miss World now starring on ABC's conspiracy thriller Quantico, arrived in a pleated one-shoulder Jason Wu gown with a full skirt and train, her black hair perfectly slicked back.
Tatiana Maslany, a nominee for best actress in a drama for her demanding turn as multiple clones on sci-fi cult favourite Orphan Black sizzled in a sleek Alexander Wang column, a hint of midriff visible through the cut-outs.
All that glitters is gold (or yellow): 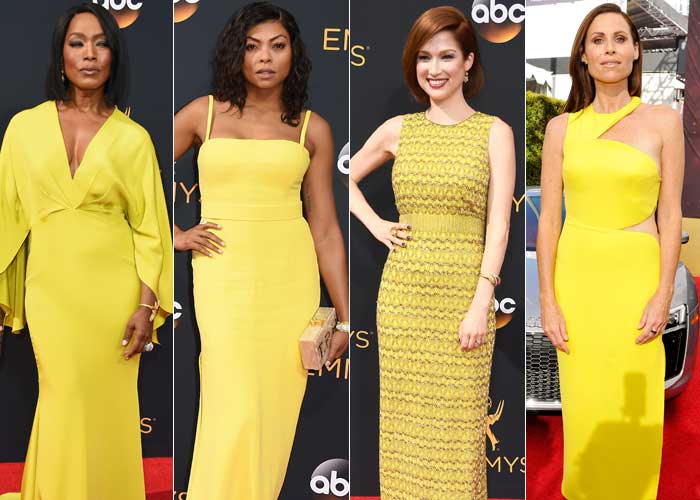 Beyonce may be nominated for her album-film Lemonade but the stars embraced the drink's bright yellow hue - not always easy to wear - for Emmys night.
Angela Bassett, who has starred in multiple seasons of the fright-show anthology American Horror Story on FX, earned instant praise in the Twitter for her Christian Siriano yellow kimono dress with a plunging neckline.
Actress nominee Taraji P Henson, who plays the fierce Cookie Lyon on Fox's hip-hop drama Empire smouldered in a body-hugging canary gown with spaghetti straps.
Ellie Kemper, the nominated star of The Unbreakable Kimmy Schmidt, rocked a belted yellow Jenny Packham column dress, her red hair styled into a simple bob.
British actress Minnie Driver, who will star in new ABC show Speechless this season, stunned in a yellow Versace gown with daring shoulder and waist cut-outs.


#sunday#chilling not doing anything special, just laying around really. You? #speechless@Speechless_ABC#Emmyspic.twitter.com/BzBnQeOO5n

Back in black:
When in doubt, black is a winner. 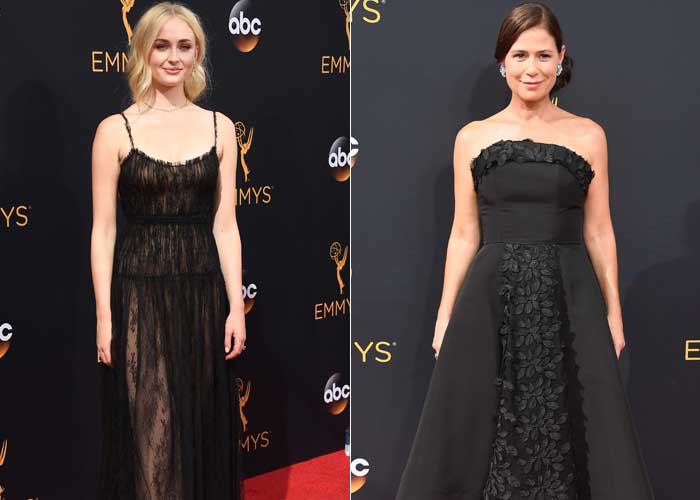 Game of Thrones is the show with the most Emmy nominations this year, and star Sophie Turner sizzled on the carpet in a lacy black Valentino slip dress.
Sophie, who plays Sansa Stark, teased that the upcoming season 7 would be "unbelievable" and would leave fans "really satisfied."
Maura Tierney, a nominee for best supporting actress in a drama for her heart-wrenching turn as a woman wronged on Showtime's The Affair wore a strapless gown from Siriano, who recently wowed New York Fashion week by putting several plus-size models on his catwalk.
Hollywood camels? 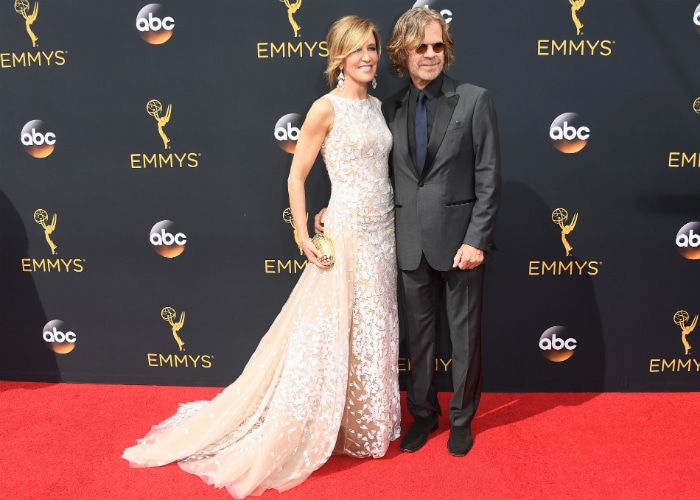 Felicity Huffman, star of ABC's searing anthology, American Crime is clearly a huge fan of show creator John Ridley.
"I'd follow John Ridley anywhere. If he said he was doing The Ten Commandments, I'd say, 'Can I play a camel?'" Ms Huffman said. She was photographed with husband and fellow nominee William H. Macy by her side.
Ms Huffman made a stylish statement in a Tony Ward ensemble.
This past season, American Crime tackled the thorny issues of race, sports and sexual assault. Ms Huffman played the headmistress of an elite high school rocked by the scandal.