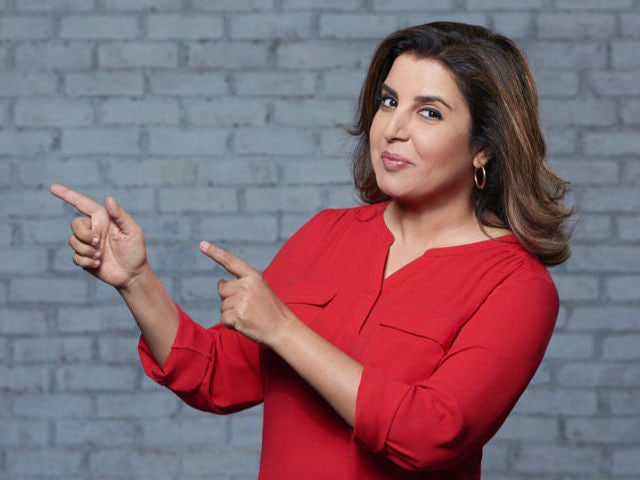 This image was posted on Twitter by Farah Khan

Choreographer-director Farah Khan started shooting for celebrity dance TV show Jhalak Dikhhla Jaa, making a comeback to the series as a judge after a decade.
Farah, one of Bollywood's leading choreographers, joins the show's current ninth season as the fourth judge, sharing panel with filmmaker Karan Johar, actress Jacqueline Fernandez and choreographer Ganesh Hegde.
The 51-year-old star was one of the judges on the inaugural season of the show, in 2006, but skipped the succeeding instalments. Expressing her excitement about her new role, Farah tweeted:

Thank u @ColorsTV@rajcheerfull n the entire team for such a warm welcome.. Felt right back at home pic.twitter.com/CdH7jKJEsM