Game Of Thrones' Arya Stark On Show's Leaks: "It's Childish And Annoying"

"There's only a certain group of people who would look at that anyway, compared to the audience that watches the show," said Maisie Williams 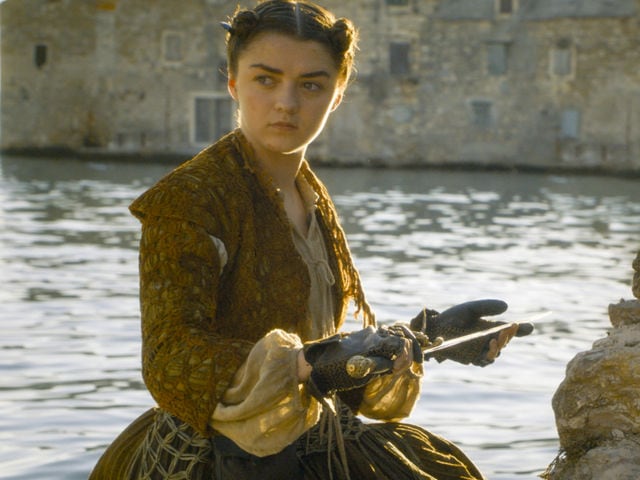 Game Of Thrones actress Maisie Williams says she gets annoyed when parts of the hit television show leaks online. Maisie, who plays the role of Arya Stark, youngest daughter of Eddard Stark, who was murdered in season 1 by King Joffrey, said that people who leaked a part of Game Of Thrones online are "childish and annoying," reports Express.co.uk. In an interview to Radio Times, Maisie Williams, said that it "really upsets her" when the programme is spoiled before official release. Time and again, behind-the-scenes pictures from the sets of Game Of Thrones released online opening speculation and more spoilers about the show.
"It really, really upsets me, because, there's only a certain group of people who would look at that anyway, compared to the audience that watches the show. It hurts. It's just like, oh we wanted to tell this story, and yeah, lots of people don't want to read it, and don't want to look at it. But then it's even more annoying when you know (the leaks) might be from someone on the inside, and it's just like.
You're trying to make something really cool, that is really cool, and people really like, and it's like 'Stop ruining it'. It's such a childish, annoying thing to do. And yeah, it's sad. It really annoys me," said Maisie Williams, 19.
Game Of Throne season 6 ended in June 2016 on a slightly positive note of the Stark kids. By the end of season 6, Sansa Stark and Jon Snow (now Stark) took control of Winterfell and Jon Snow was unanimously named the King of North. Arya strikes off Walder Frey's name from her bucket list and starts her journey towards Kings Landing.
Game Of Thrones season 7 will start in 2017.