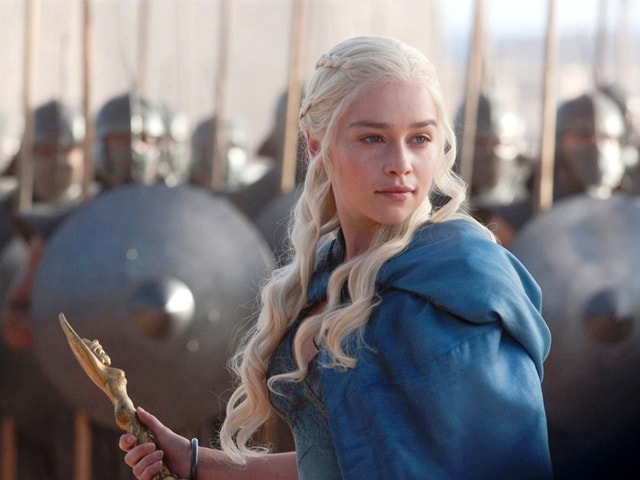 A still from Game of Thrones.

George RR Martin has warned Game of Thrones fans that there will be surprising deaths in the upcoming season of the hit TV series.
Game of Thrones is an adaptation of Mr Martin's series of fantasy novels, A Song of Ice and Fire, reported Ace Showbiz.
"People are going to die who don't die in the books, so even the book readers will be unhappy. So everybody better be on their toes. David and DB (series co-creators and show runners David Benioff and DB Weiss) are even bloodier than I am," he said on the sidelines of the Writers Guild Awards West Coast ceremony in Los Angeles.
Asked about the future of the show, Mr Martin was unsure how long it would last. "Not really certain yet. This is the fifth season, the sixth season HBO picked up last year. We will have a seventh, eighth or ninth, no one knows. They only renew one or two seasons at a time. After we do season 6, maybe we'll get a renewal for seventh and eighth. That depends. Television is a very changeable medium."
Game of Thrones will return with its fifth season on April 12 on HBO.