Game of Thrones Finale: What Twitter is Saying About 'Darth Cersei'

Winter has come - and gone almost as soon as it arrived. Fans now have the arduous task ahead of killing time until Season 7 next year 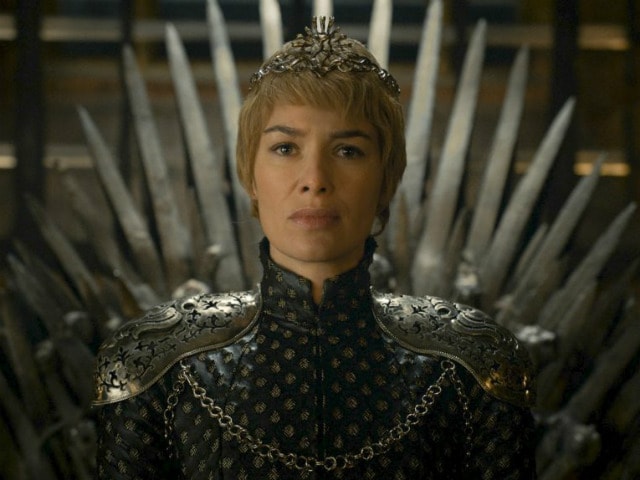 A still from Game of Thrones. (Image courtesy: YouTube)

Another season of Game of Thrones has ended with an almighty bang, leaving several characters dead, many of them by the hand of Cersei - Margaery Tyrell, the High Sparrow and her own son Tommen included. Arya Stark had a major moment and Jon Snow is King in the North. Plus, a parentage reveal - you might know something now, Jon Snow, but you sure as hell better keep watching your back.
Winter has come - and gone almost as soon as it arrived. Fans now have the arduous task ahead of killing time until Season 7 next year.
Here's what Twitter is saying about the explosive Game of Thrones finale, with a double measure of emotion reserved for the murderous Cersei Lannister.


So I have to wait for another year for #GameofThrones season 7 Lord be with me pic.twitter.com/Nc851GOzi2

No more game of thrones till next year #GameofThronespic.twitter.com/Y4goY2x2hY

Because the chances that Queen Cersei could detonate wildfire outside the realms of Winterfell are poor, it's safe to tweet.


Ooops the bitch is back #GameofThronespic.twitter.com/ErxQzU6UEG

Cersei is another level of evil

There was Mad King Aerys, and now there is Mad Queen Cersei. It will be a battle of the queens. #GameofThronespic.twitter.com/sb6c6rbzaL

Cersei is cold hearted as hell