Game Of Thrones: "I sort of know where he is now. Next season will be next season, he might go through a big change, I don't know. He's dear to me. I've lived with him for so long. I think I've come into a place of feeling quite emotional about him, actually, knowing that I'm not going to get to go back to him after next year," said Kit Harington 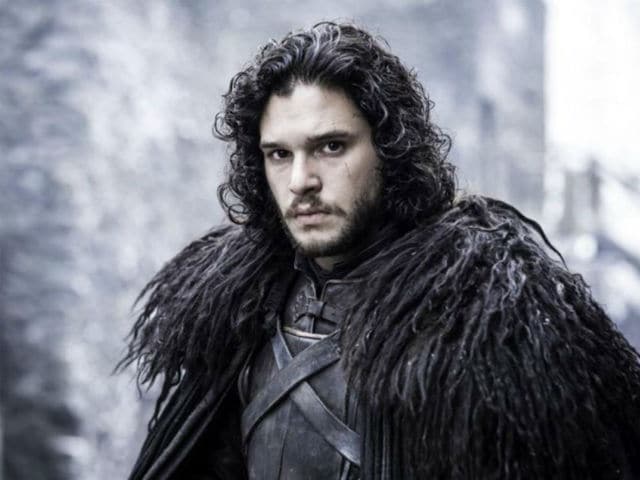 Game Of Thrones: Kit Harington in a still from the show

Game Of Thrones star Kit Harington, who features as the iconic character Jon Snow, has warned fans about a probable 'big change' in the show, which (to the dismay of fans) is expectedly merely two seasons away from conclusion. Mr Harington, whose association with the show dates back to 2011, added that he has grown emotionally attached to the epic drama series, reported news agency IANS. In Game Of Thrones Kit Harington has famously played the bastard son Eddard Stark of Winterfell, who reunited with his estranged sister Sansa Stark and has been appointed as the King Of The North in Season 6 of the show. In between, Jon Snow joins the Night's Watch, becomes the Lord Commander, battles White Walkers and joins hands with the Wildlings to build an army under his command. The Season 6 of Game Of Thrones concluded with Jon and his army making their way to King's Landing where Cersei Lannister has just been declared the 'Protector of the Seven Kingdoms.' Game Of Thrones Season 7 will premiere in July this year.
Kit Harington was asked about the end of Game Of Thrones, when he confessed about being rather "emotional" about having to part with the show next year. "I sort of know where he is now. Next season will be next season, he might go through a big change, I don't know. He's dear to me. I've lived with him for so long. I think I've come into a place of feeling quite emotional about him, actually, knowing that I'm not going to get to go back to him after next year," Mr Harington was quoted by IANS as saying in a statement.
Mr Harington said that his experience of being part of Game Of Thrones has been 'strange' but described it as something he will always be fond of. "I'm really trying to just take stock of having lived this sort of dual life with this character, and being through so much with this character. It's been a strange journey, but I'll always be fond of it," he said, reported IANS.
The 30-year-old actor also said he cannot enlighten us about its conclusion of the much-popular TV series. We kind of believe him. After all, Jon Snow knows nothing. "Everyone's been wondering how it's going to end, and what's going to happen right from the get-go, and theorising about it. It's really exciting to me not knowing, genuinely having no idea where it's going to end, what they've got in their heads, and being the first to find out," he said, reported IANS.
Earlier, the Game Of Thrones actor revealed that the new season will have as many as seven episodes, which is three episodes lesser than that of Season 6. Kit Harington added that lesser episodes will ensure that the makers can invest more in each of them.
Meanwhile, Game Of Thrones season 6 wrapped with Jon Snow's sister, Arya Stark, heading to Kings Landing to avenge the death of her family members while Mother of Dragons Daenerys Targaryen and her massive army is also prepped to reclaim the Iron Throne from the Lannisters.
The first teaser of Game Of Thrones's new season, which also revealed the release date of the upcoming season, was unveiled earlier, and we love it.

So folks, brace yourselves for the Great War.
The seventh season of Game Of Thrones, which is an onscreen adaptation of George RR Martin's book Song of Ice and Fire, will be based on his sixth and seventh instalments in the series of books - The Winds of Winter and A Dream of Spring.
(With IANS inputs)