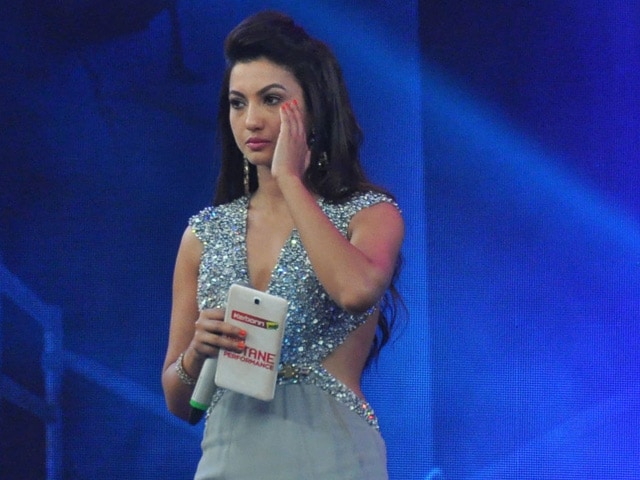 Gauahar Khan on the sets of India's Raw Star.

Gauahar was attacked and threatened by an audience member who said that, "being a Muslim woman, she should not have worn such a short dress"

Actress Gauahar Khan, who was slapped by an audience member while she was hosting the finale episode of TV reality show India's Raw Star in Mumbai,  has found support from many quartets across Bollywood with colleagues and fans rushing to condemn the act on social networking sites.

Dearest natural selection, please help us out-evolve morons like the one who slapped Gauhar Khan. Sincerely...

Gauahar was attacked and threatened by an audience member who said that, "being a Muslim woman, she should not have worn such a short dress", Aarey Colony police said.

The accused, identified as Mohammed Akil Mallic, slapped and touched her inappropriately during the break of the show, but was immediately overpowered by the security guards deployed there, following which the police were notified. The incident took place at Film City in Mumbai's suburban Goregaon on Sunday, police said.

Senior inspector at Aarey police station, Vilas Chavan, told PTI that the accused was subsequently arrested and booked under Indian Penal Code sections 323 (punishment for voluntarily causing hurt), 354 (assault or criminal force to woman with intent to outrage her modesty) and 506 (punishment for criminal intimidation).

With Inputs from PTI