Gauhar Khan: Won't lie about my relationship with Kushal Tandon 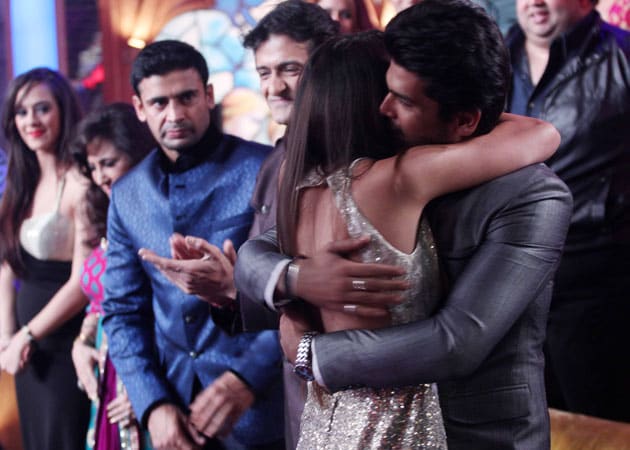 Gauhar and Kushal confessed their love for each other in the show.

Actress Gauhar Khan, who won the popular reality show Bigg Boss - Saath 7 on December 28, says she will not lie about her relationship with her co-contestant and actor Kushal Tandon.

Actress Gauhar Khan, who won the popular reality show Bigg Boss - Saath 7 on December 28, says she will not lie about her relationship with her co-contestant and actor Kushal Tandon.
"My relationship with Kushal is what it is. I am not going to camouflage it or lie about it outside the Bigg Boss house," Gauhar said.
"We came on the show, we became friends and we fell in love, and I don't have to lie about it at all," added the actress who came across as a headstrong girl in the show and even walked out when she felt that Kushal's sudden elimination was unfair, only to return later.
The actress, who has been part of movies like Game and Ishaqzaade, spent 103 days in the Bigg Boss house and describes her journey as a 'roller-coaster ride'.
"My journey in the Bigg Boss house has been dangerous. It has actually been a roller-coaster ride.
"I gave more than 100 percent in the past 15 weeks and I am really proud of it. I did whatever I felt is right and stood by it," she said.
One thing that the 29-year-old did not like during her stay was when the other contestants became judgmental about her.
"The toughest part for me was being judged - people judging me for what I do, calling me fair and unfair. They even judged my relationship with Kushal and said that it was for the cameras," she said.
"Overcoming and struggling through that was a challenge for me. I was what I am," Gauhar added.
Bigg Boss - Saath 7 was not Gauhar's first stint on a reality TV. She had earlier participated in the third season of Jhalak Dikhhla Jaa and Khan Sisters. But after winning the reality show, she says she is on 'seventh heaven'.
"It's a dream come true. I feel lucky, honoured and happy to have won the show. The 15 weeks of hard work paid off and I feel on the seventh heaven right now," she said.
When asked what kept her going throughout the show, she said, "First of all it was because of Allah, then I will credit the way my family has brought me up and then my spirit to keep going.
It was also because of Kushal that I was able to survive for so long. He gave me strength when I needed it. I really appreciate what he did for me during the show."