"I think the show will be my health check-up. I will get to know how fit or unfit I am in different kind of real situations and scenarios," Gaurav Chopra said 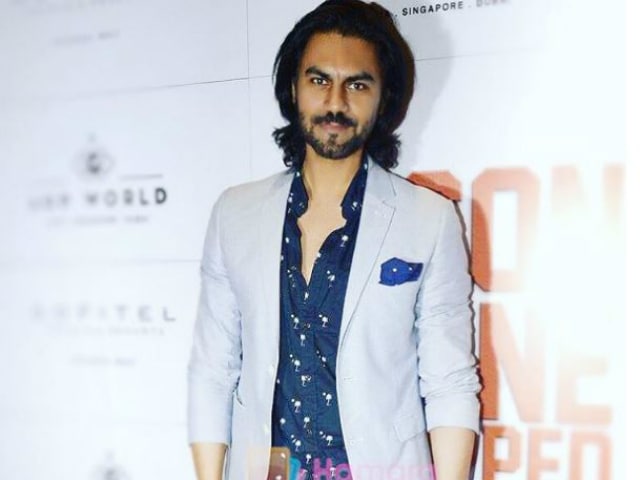 Popular television actor Gaurav Chopra said participating in reality show Bigg Boss will be sort of a health check-up for him.
Gaurav is best remembered for his role of Raghuvendra Pratap Rathore in the show Uttaran. His portrayal of an army officer in Left Right Left also garnered him a lot of praise.
The actor says he will find out his real self in the house as Bigg Boss shows a variety of different emotions of the contestants - from back-biting to arguments and fights.
"I think the show will be my health check-up. I will get to know how fit or unfit I am in different kind of real situations and scenarios," Gaurav told PTI.
"I wanted to do something different. I wanted to challenge myself in this game of Bigg Boss where you come across different kind of people and given the circumstances in the house, how one survives till the end is what matters," he said.
The 37-year-old actor reveals he was approached for the much talked about show earlier as well, but things did not work out then.
"I was approached seven-eight times for Bigg Boss, but things did not fall in place, like the negotiations and other reasons. I believe when it has to happen it will happen. I am glad things worked this time and I am in the house," he said.
A new twist being introduced in the new season of Bigg Boss is that celebrity contestants and common people will be staying under the same roof.
"I don't think it will be much of a difference for us (celebrities) as I feel we are also regular, normal people. Whatever we are today is because of them (common people), so it's time to show our gratitude personally on the show," he said.
Aired on Colors, the tenth season of the show is hosted by Salman Khan and it has other celebrity contestants like actor Rahul Dev, VJ Bani, television actors Rahul Mehra and Karan Mehra, model Lopamudra Raut and Bhojpuri actress Monalisa, besides seven commoners.