Gurmeet Choudhary: I want to experiment on Nach Baliye 6 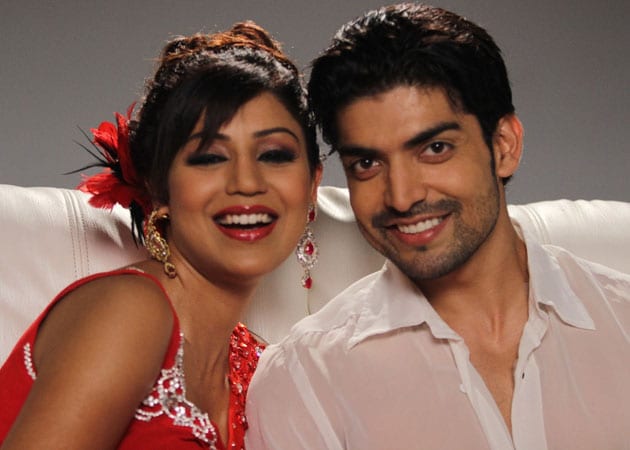 Gurmeet was a winner of Jhalak Dikhhla Jaa season 5.

Gurmeet Choudhary is all set for another dance competition with Nach Baliye 6. He is keen to experiment with more dance forms when he gets on the floor with wife Debina Bonnerjee.

TV actor Gurmeet Choudhary, the winner of dance reality show Jhalak Dikhhla Jaa 5, is all set for another dance competition with Nach Baliye 6. He is keen to experiment with more dance forms when he gets on the floor with his actress wife Debina Bonnerjee.
"For the first time we are dancing together and I am sure the audience will love it. The second thing is that since I won Jhalak..., people know that I am good at dancing so they must be expecting something new and that's a challenge for us," Gurmeet told IANS.
"Our motive is to do something different on the show, something that the audience has not seen, so that every week the audience waits for our performance," he added.
The couple first shared screen space in the mythological show Ramayan. They tied the knot in 2011.
After Ramayan this is the first time they will be seen on screen together.
Talking about 'Nach Baliye, Debina says "It's my favourite show. Gurmeet and I have been following it since the first season. We did Ramayan, and now Nach Baliye 6 has given us a good opportunity to be together. I am like a Nach Baliye dictionary. I can tell you exactly which participant wore what in the previous seasons.
"We saw the first season together and I always wanted to be a part of Nach Baliye. We actually opted to be on TV so that we can participate in the show. I have already picturised me and Gurmeet performing on Nach Baliye sets," she added.
Gurmeet and Debina both feel that their journey in the show will not be a professional one. They won't have any strategies as they both want to enjoy their togetherness.
"We don't think it will be a professional journey for us. We have each other for support and help, so it will be more of an emotional one. We have not chalked out a strategy, we will take things as they come," the couple said.
Nach Baliye is a celebrity couple dance reality show that first went on air in 2005.
Judged by actress Shilpa Shetty, director Sajid Khan and choreographer Terence Lewis, Nach Baliye 6 is expected to go on air in November.