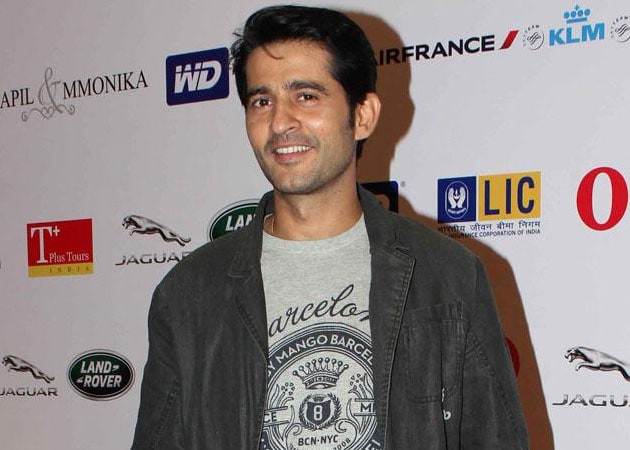 Hiten Tejwani made his TV debut with Ghar Ek Mandir in 2000.

TV actor Hiten Tejwani, who is generally seen as the good son or husband in family drama shows, says he would love to essay a negative character on screen.

TV actor Hiten Tejwani, who is generally seen as the good son or husband in family drama shows, says he would love to essay a negative character on screen.
"I guess I was lucky to get family dramas. I have always been shown as the good boy on TV, but given a chance I would love to play a grey character," Hiten said.
He made his TV debut with Ghar Ek Mandir (2000) and later appeared in daily soaps like Kabhii Sautan Kabhii Sahelii, Kaahin Kissii Roz and Kutumb. He is best remembered for playing Karan Virani on the popular TV show Kyunki Saas Bhi Kabhi Bahu Thi.
Currently Hiten is part of shows like Pavitra Rishta, where he plays Manav Deshmukh, and Savdhaan India. He decided to take up the latter as host, since he gets to connect with the audience.
"I don't play a character in the show. Here, Hiten is talking to the audience. In one way, I'll be able to create awareness among the masses. The show helps me connect with the audience directly," he said.
When asked if he is choosy about his projects, he said: "I never did that earlier, but now I have started to pick and choose things. I have to do good work and I am very selective about it."
The actor loves to watch comedy shows like Friends and Mr. Bean, but said that he hasn't thought of playing comic roles.
"I haven't thought of it yet, but yes, if I get such an offer I would accept it. I want to do different things so in comedy also I would like to do something different, not the usual kind of comedy," he said.