How Anil Kapoor Filmed the Second Season of 24

"My best is yet to come. I still have a strong hunger to do better work. I've been in the industry for long, but the hunger is increasing day by day," said Anil Kapoor 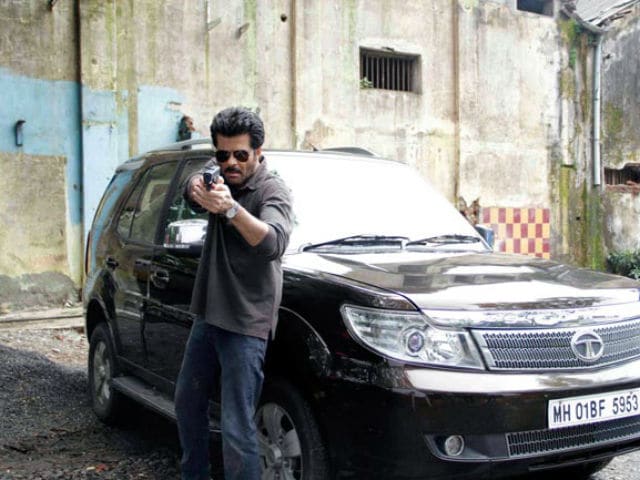 He is 59 and has been in the film industry for almost four decades but he still has a "strong hunger" to do better work. Actor Anil Kapoor said that his best work is yet to come.
"My best is yet to come. I still have a strong hunger to do better work. I've been in the industry for long, but the hunger is increasing day by day," Anil Kapoor said here while promoting his upcoming TV series 24: Season 2.
He has tried his hand at different genres but the actor said that he is not good at giving tips to others.
"I am bad at giving tips. I take tips from anyone I can learn. There is no substitute for hard work. Everyone is talented, but you need to prepare and work hard day and night. Then only you will get success," he shared.
Mr Kapoor also spoke about the TV series and the action sequences involved in it.
"The action sequences are very different from the first season. You can say that in the first season, I did Kathak. This time, it's Bharatnatyam. I would rehearse for four to five days and then go on the sets. We wanted the result to be better than a film. It's no less than a film. So we had to prepare more and work harder to achieve that," said the actor.
He also shared his shooting experience.
"The show has taken almost 200 days for shooting. We have already shot for 120-130 days and 70-80 days shoot schedule is still left. I feel that this show will be more liked than the first season," he said.
Mr Kapoor said that when the show's team shot for the first season, they thought that it was very difficult.
"We shot both during day and night, but this time we had planned to shoot less during night, because it becomes difficult shooting at night. We tried our best easing out shooting for this season, but now we feel that shooting for this one was even more difficult than the first one as there were too many locations and the sets we used were too huge," he said.
Anil Kapoor also shared an example.
"We thought of creating the set in a big studio with AC but it was out of our budget. So we used an old hotel's parking lot for it. The oxygen level there was very less. The second season has been a tough journey, but as they say 'No pain no gain.' So I hope we gain a lot from this show," he said.
(Except for the headline, this story has not been edited by NDTV staff and is published from a syndicated feed.)