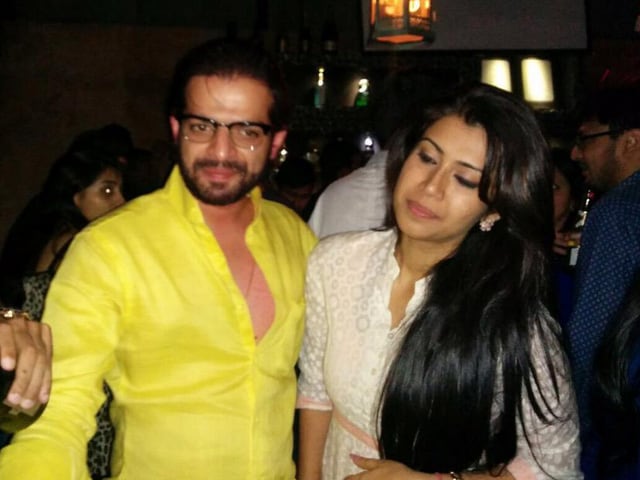 This image was posted on Twitter by Karan Patel

"I am aware of Karan's past but I know that his good qualities outdo the bad ones," said Karan's father-in-law to be and co-star Abhay Bhargava

Karan is getting married to Mr Bhargava's daughter Ankita.

He said that his soon to be son-in-law didn't meet his daughter on the show set. In fact, the duo had first met at a party at his home.

"My daughter Ankita has never visited our set. I had thrown a party for the Ye Hai Mohabbatein cast at home recently, that was when Karan and she met," Mr Bhargava said in a statement. (Also Read: Karan Patel to Marry Ankita Bhargava, Not Kamya Punjabi)

Abhay added that Aly Goni, another of his co-stars on the show, suggested that Karan and Ankita are "perfect for each other".

He said: "Aly spoke to Karan's parents, who saw Ankita's picture and within an hour they got back to us saying they wanted her to be their daughter-in-law. I am aware of Karan's past but I know that his good qualities outdo the bad ones, so I'm happy."

Ye Hai Mohabbatein is aired on Star Plus.