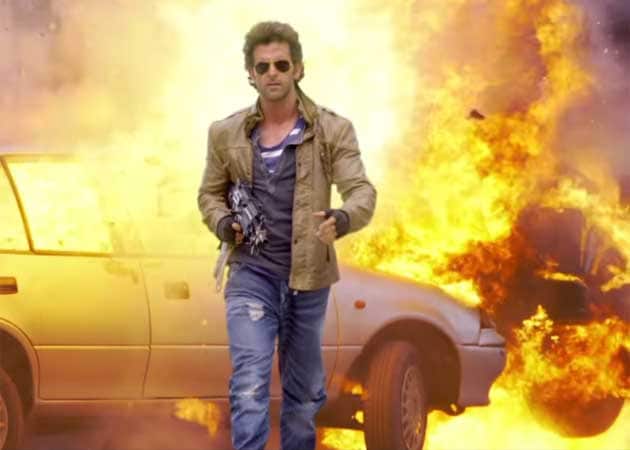 A still from the Bang Bang featuring Hrithik

Apparently, Hrithik Roshan has decided to not promote his upcoming film Bang Bang on any reality TV show

The latest buzz in B-Town is that Hrithik Roshan has apparently decided not to promote his upcoming film, Bang Bang, on any reality TV show.

Says a source, "Hrithik doesn't wish to promote the film on any reality show since he believes in his film; he thinks that it has turned out well and it doesn't need to be promoted on such shows."

The source adds that this decision was taken in keeping with the way the film has been shot. "It'll be difficult to recreate the film's ambience on any reality show. (Also Read: Hrithik and Katrina's Big Bang Bang Theory)

It's just not Hrithik's plan, everyone who's associated with the film has agreed to it," says a source close to the production house.

It may be pointed out that Bang Bang, directed by Siddharth Anand, is an official remake of the Tom Cruise-Cameron Diaz-starrer, Knight And Day. Hrithik remained unavailable for comment, but Siddharth Anand confirmed the story.

"This is a conscious decision taken by all of us, since there is no need to depend on reality TV to promote a film like Bang Bang. Fortunately, the teaser and songs have made a great impact and there is a lot of curiosity about the film. It should do well based on this and its own merit. We are confident of our product and thus want to refrain from blindly following this herd mentality of going to TV shows and doing this hard selling," he said.