Hum Paanch Returns With A Twist For Third Season

Hum Paanch is looking for new faces to cast in it's third season, which will have a modern twist 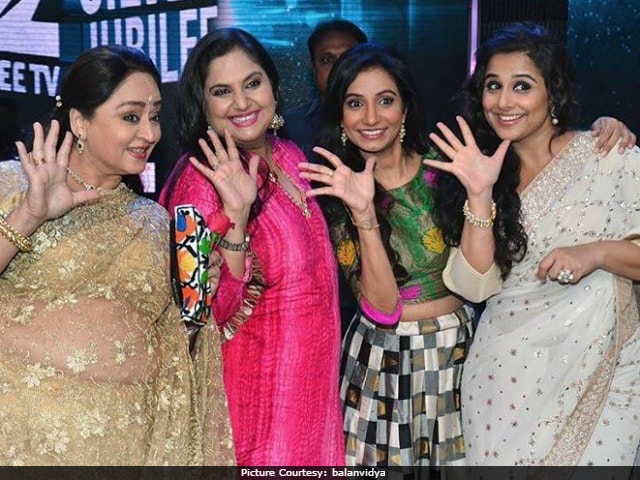 Vidya Balan had a reunion with the cast of Hum Paanch at an event in 2016 (Courtesy: balanvidya)

Hum Paanch, one of the most popular comedy show of the 90's, is all set to make a comeback with its third season, reports news agency IANS. Hum Paanch, which used to telecast on Zee TV, will now be aired on BIG Magic. The channel told IANS that the show is currently casting new talents and is planning to go on floors from May. The show, produced by Essel Vision Pvt Ltd, will have the same format but a modern twist will be given to the show to give it a fresh feel. Actress Vidya Balan started her acting career with this comedy show, which was also Ekta Kapoor's second TV production. Vidya left the show as she was offered 2005's Parineeta and she was replaced by Sujata Sanghamitra in the show. It is also believed that Ekta Kapoor will not produce the third season of Hum Paanch.
Hum Paanch was a popular comedy show, which started in 1995, and revolved around the Mathur family with it's five daughters and their funny situations. The second season came in 2005 with a revamped star cast but the same format.
The 1995 hit show starred Ashok Saraf, (Anand Mathur) and Shoma Anand (Bina Mathur) as parents with Vandana Pathak (Meenakshi), Vidya Balan (Radhika), Rakhee Tandon (Sweety), Bhairavi Raichura (Kajal bhai) and Priyanka Mehra (Choti) playing the roles of their five daughters.
Here's the popular title track of Hum Paanch

Other 90's comedy shows, which recently witnessed a comeback includes Sarbhai vs Sarabhai and Khichdi.
(With IANS inputs)