Koffee With Karan 5: I'm Not A Floozie, Says Jacqueline Fernandez

Koffee With Karan 5: The episode featuring Jacqueline and Sidharth was full of laughter and some gossip 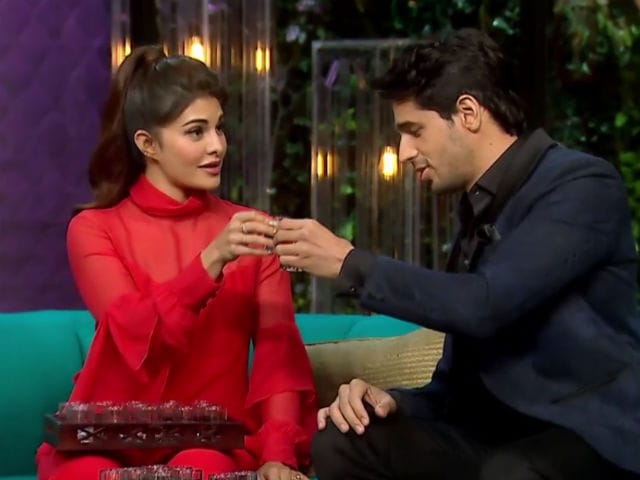 Koffee With Karan: Jacqueline, Sidharth are all set to co-star in a film. (Image courtesy: Star World)

Karan Johar wants his guest to spill the beans about their personal life on the show and he perfectly plays his plot. That's what happened in the episode which aired on January 8. Karan's guest were Jacqueline Fernandez, who made her Koffee debut and Siddharth Malhotra. Right in the beginning, Karan declared that he would ask many questions about their personal life and that's what he did. As soon as Jacqueline and Siddharth took a seat on the couch, he instantly asked about their relationship status. He said, "Jacqueline I know you are single, but Siddharth, you tell me whom are you dating?"
Are You Dating Alia Bhatt?
Karan asked Sidharth to open about his and Alia's relationship as rumours are abuzz about the duo dating each other. Siddharth, very diplomatically said, "Well, we have worked in many films together."